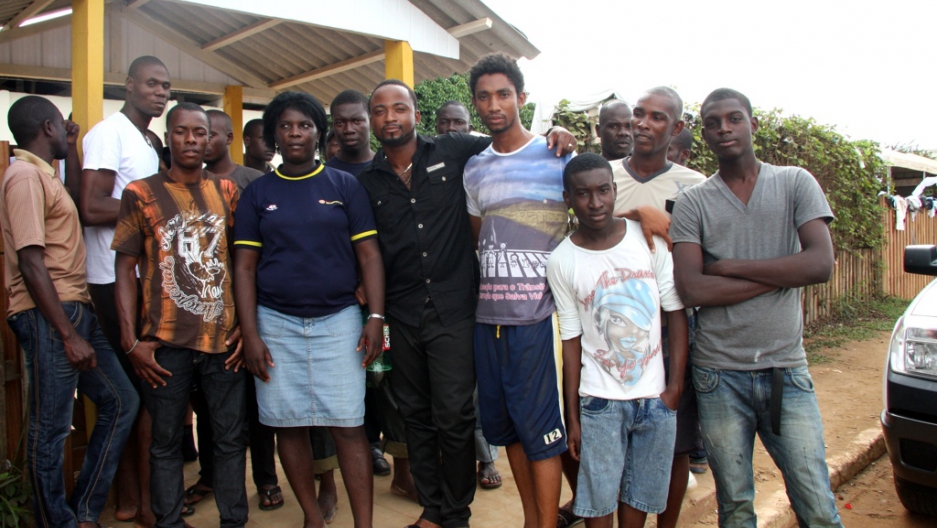 Haitian migrants waiting at an immigration shelter in Brasileia, Brazil. Will Brazil let them in?
Credit: Janet Tappin Coelho
Share

BRASILEIA, Brazil — Solon Jacot’s decision to leave his home in Port-au-Prince, Haiti, was a big risk with no guarantees.

Now, after a grueling 3,000-mile journey, he’s grateful to be in Brazil. That’s even despite the squalor of the holding camp he shares with 600 other Haitians who also sought illegal entry here.

He is one of 4,000 Haitians who have braved a perilous migration to make a life in South America since Haiti was devastated by an earthquake in January 2010. More than 1,000 who have tried have been deported by Brazil and its neighbors.

Yet they keep trying. In just the first three months of this year, more than 1,500 Haitians crossed Brazil’s border illegally, according to the country’s National Refugee Committee, or Conare.

They’re the economic migrants betting that Brazil’s emerging economy, with low unemployment and a construction labor shortage, can offer them realistic job opportunities and a better life. Many of those who’ve managed to settle legally in Brazil work building mega hydroelectric dams and the stadium and infrastructure revamps for soccer’s World Cup next year and the Olympics in 2016.

But even as Brazil struggles to clamp down on undocumented immigration, the authorities know it needs more migrant laborers and are trying to make it easier to get visas to work here.

For Haitians there's another particular allure about this immense South American nation. The Brazilian military presence as United Nations peace keepers in Haiti has helped divert the Caribbean people’s gaze from destinations like the US toward southern ones — with possibly better prospects — like Brazil.

Brazil’s troops have been busy back home, too.

Jacot, 25, made it across the border from Peru just as the Brazilian government launched Operation Agatha — a major military maneuver that involved deploying more than 33,500 soldiers for three weeks until June 5, to patrol the country’s vast 10,492-mile frontier that it shares with 10 South American countries. The army’s main focus in the region where Jacot crossed, where Brazil meets Peru and Bolivia, was to stop human trafficking and illegal immigration.

“There was a noticeable difference when the military started operating at full capacity on the border as there was better control of immigration,” explains Paulo Abrao, president of Conare. “Those who had the intention of coming in illegally found it hard or impossible with the presence of the military in the area.”

That made the last leg of Jacot’s two-month passage riskier, forcing him to make night treks through slippery and inhospitable jungle terrain. He clambered, crawled and hid his way with a “coyote” guide past military checkpoints, he says. He endured scorching mosquito-filled days and rain-drenched pneumonia-inducing nights to reach his destination.

The journey cost him $4,000, which he handed to the Mexican coyote, who he believes was later behind a nighttime assault that stripped him of all the cash and possessions he had on him.

On the way, Jacot was thrown into a Peruvian cell for allegedly allowing himself to be robbed. He was locked in a Bolivian jail for eight days accused of stealing food and urinating on the sidewalk. Neither of these accusations was true but there was no point arguing, he says indignantly.

At times it was enough to make him dream of returning home. And that’s saying a lot for someone who lost his mother and only sister in the natural disaster.

"I cannot allow the sadness to take over, since opportunity will follow this hard phase," he says.

Jacot’s quest set off to the Dominican Republic then flew to Costa Rica, where he picked up a flight to Peru, stopping at its capital Lima for a connection onto the Peruvian Amazon town of Puerto Maldonado. That’s where his journey stalled.

“We were expecting to meet our guide in Puerto Maldonado to take us on to the Peruvian border town of Iñapari, then into Brazil. But nobody showed up. There were seven of us so we decided to get into two taxis and make our own way across because, after three hours of waiting at the airport, the police were starting to harass us,” he recalls.

Thirty minutes into the trip both taxis turned off the main road onto a dirt track, and came to a halt. By this time it was dark. The cars were suddenly surrounded by six masked men who shouted at them to get out and lie on the floor.

“They tied us up and took all our personal possessions. My suitcase of clothes, my watch, phone and $275,” Jacot says bitterly. “I was kicked in the head and ribs several times because I protested. They said if I didn’t shut up they would kill me.”

He knows the threat was real. Two fellow countrymen, who had taken the same route as Jacot, told him how they had witnessed a Haitian man murdered in the Amazon jungle. When the man refused to say how much money he had, the thieves shot him in the back of the head. They threw his body beside a woman's corpse in the advanced stages of decomposition.

“Our coyote turned up shortly after we had been robbed with the police and blamed us for not waiting,” Jacot says.

Haitian immigrants’ vulnerability and exploitation are exactly what the Brazilian government says it is determined to prevent.

Haitians line up at the Brazilian Embassy in Port-au-Prince for visas. Thony Belizaire/AFP/Getty Images

“For two years Brazil has had a limit of issuing 100 visas per month for Haitians. We set a cap on the numbers coming in because we wanted to control the flow. But it hasn’t worked. So now we have announced that we will meet the demand of every visa requested by the Haitian people,” Abrao, the refugee committee head, says.

“It stops the Haitians from attempting to come through the illegal and dangerous way and discourages the coyote networks,” he adds.

Brazil has long been a prime destination for emigres from everywhere from Italy to Japan, but this kind of illegal border crossing is relatively new. Existing laws deal with human trafficking out of Brazil. Now lawmakers are updating the legislation to deal with human smuggling into the country.

Yet immigrants comprise a mere sliver of the world’s fifth largest nation. The 2010 census says they made up just over 0.05 percent of the total population of 193.9 million that year. And that was a big jump from 2005.

Brazil wants more migrant laborers, especially of a special set. In May, the authorities announced plans to make it easier for foreigners to get work visas, hoping to attract skilled professionals to the healthy job markets of finance, engineering, oil and gas, mining and IT.

Jacot, who was as a cook in Haiti before the earthquake toppled the building where he worked, doesn’t fit into those molds. But he did pick up good skills while repairing and rebuilding homes in his disaster-stricken country.

With Brazil’s ambitious development plans still taking shape, the country could probably use his labor, placing Jacot just steps away from realizing his Brazilian dream.