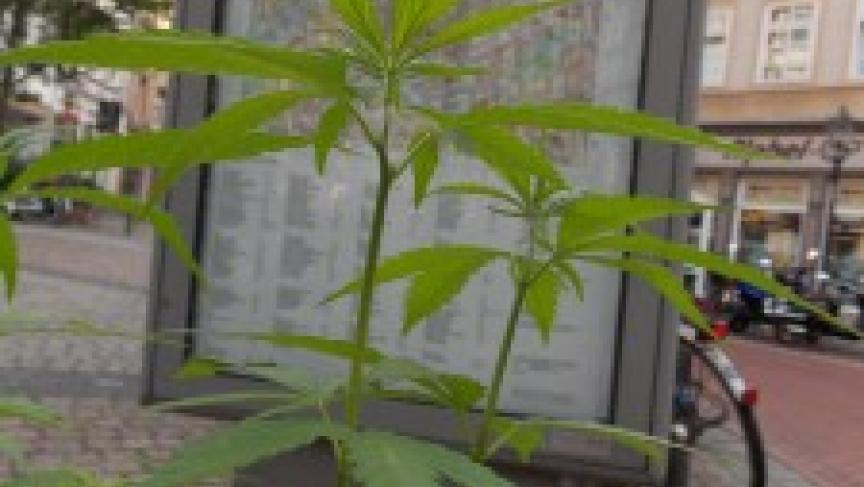 We're in search of a university town in Germany.

Locals refer to it as the City of Science.

During WWII, this town was spared by Allied bombers because of its reputation as a center of learning.

But today, it's in the news for a different reason.

A group calling itself A Few Autonomous Flower Children, planted marijuana seeds all over town in June.

Can you name the the German town?

The answer to Monday's Geo Quiz is Gottingen, where pot is literally growing all over the place.

The plants have sprouted in city parks, planter boxes and even in front of the local police department.

It's a form of protest against what these Flower Children say is Germany's "demonization" of marijuana.

Members say it's incomprehensible "why cannabis, unlike alcohol, cannot be legally purchased."

The group has received support from the local youth chapter of the Green Party.

It's published pictures of the rouge pot plants on its website.

The authorities in Gottingen aren't amused.

They're using those online photos as a guide to remove the plants.