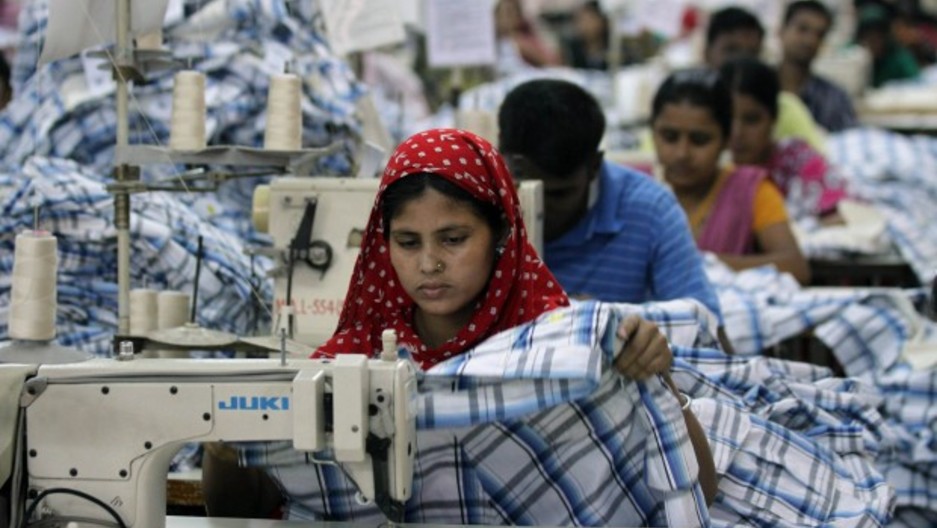 A worker sews inside a garment factory in Ashulia June 21, 2012. A four-day shutdown at more than 300 Bangladeshi clothes factories ended on Thursday after workers called off violent protests over pay, officials and witnesses said.

17 US retailers, including Walmart and Gap, announced on Wednesday that they made a five-year agreement to improve garment worker safety in Bangladesh.

The plan follows a factory collapse outside of Dhaka in April that killed over 1,100 workers and anannouncement in June that the US would end trade privileges with Bangladesh.

The April factory disaster reignited calls for retailers and brands to sign on to the Bangladesh Accord on Factory and Building Safety, which includes measures such as independent safety inspections and public reports, an increased role for workers and unions, and funding for repairs and renovations.

The alternative plan, called the “Bangladesh Worker Safety Initiative,“ promises inspections, as well as a commitment of funds to help factory staff and provide loans for factory improvements.

Critics say, however, that the plan lacks independent oversight and legally binding language. The general secretary of IndustriALL Global Union, one of the groups that helped initiate the Accord, says that Wednesday’s plan falls short of more widely-signed agreement.

The plan is “a pale imitation in terms of commitment and transparency,” IndustriALL Global Union General Secretary Jyrki Raina said in a press release. The workers’ and their unions’ voices will be heard loud and clear in the Accord but it will be muted in the plan presented by Walmart and Gap today.”