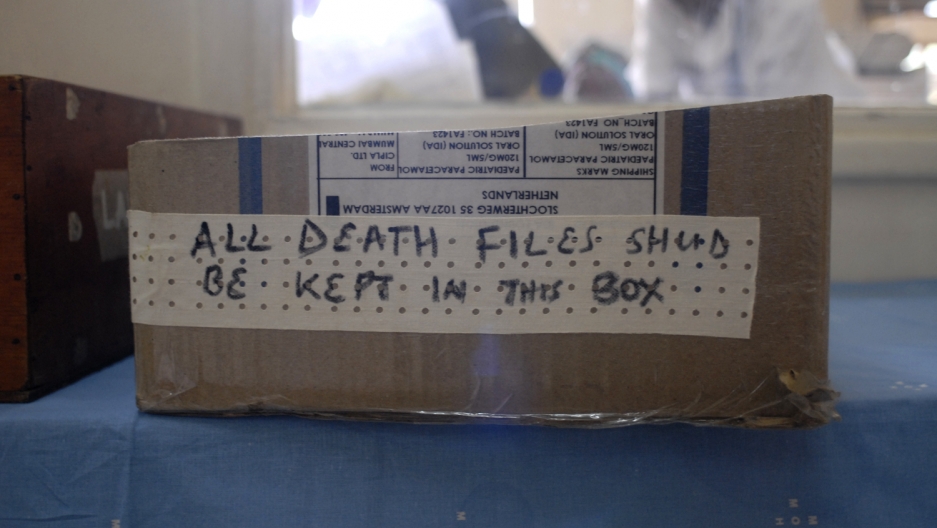 Inside a pediatric ward in Malawi.

This essay is part of a special investigative project, Tracking Charity.

I recently returned from Africa, a place I reported on for many years. I thought I knew the territory pretty well, so I was surprised to find myself facing some ethical dilemmas that I hadn’t confronted before.

I went to Malawi to follow up on a celebrated initiative designed to combat one of the world’s biggest killers of children: malaria. I wanted to see how this good idea was panning out several years later. It’s the kind of shoe-leather reporting I hope will be a hallmark of my podcast, Tiny Spark, and for the series Tracking Charity” that I am producing for The World.

To understand how tough malaria is to tackle, I visited the homes of many families – homes that transform into battlegrounds at night. That’s when the mosquitoes come, carrying a deadly disease, and infect children who are asleep in their beds and at their most vulnerable. Families try to defend themselves – sometimes successfully and sometimes not – but always with the most meager of resources.

I’d spoken with my editor at The World before the trip and we decided that I should also try to photograph and film inside a pediatric malaria ward. Before I left the US, I obtained permission from Malawi’s Ministry of Health to film inside its hospitals. But the moment I walked into the first pediatric ward, I knew I would not be able to film or photograph the children there.

Many children contract malaria and heal quickly with the help of medicine. But not the children I was seeing. Some were, quite literally, hanging on the brink between life and death.

How would I ask mothers, hovering over their children – some of whom were comatose – to pose for photographs? More importantly, why would I ask them to do this? As I stood at the side of the ward, surveying the scene, camera in hand, I was paralyzed. I faced the competing demands of the professional commitments I’d made to my editor: I’d promised him that I would get these images. Even the Ministry of Health had said it was okay! If I didn’t take these photographs, would this part of my assignment be deemed a failure?

But in the end, the one question I couldn’t answer was this: Why would I take photographs here? I knew the people who would eventually see my photos would have seen them before, somewhere else. In fact, I fear the sheer volume of these images has caused us to no longer be shocked by humanitarian crises, that we have grown inured to the suffering of the “other.”

It struck me, too, that this was one of the first trips I’d made back to Africa as a mother myself. In years past, perhaps I would have seen those women differently, with a little more distance. But this time around, I saw a lot more of myself in them. The worry, the fear, the powerlessness you feel when your kid just won’t get better.

In the end, I decided that not every arresting scene should be captured with a camera. Some mothers in anguish should not be approached with a microphone.

Now that I’m back home, writing my story for broadcast next week, I don’t regret my decision. The photographs untaken remain clear in my mind and provide me with fuel as I write and rewrite my story. When I recall those images, I am reminded that in 2013 malaria remains a paradox: a grave and widespread disease that is utterly preventable. In my story, I’m exploring the reasons why this paradox persists and why a celebrated plan to defeat malaria falls short of achieving its one goal – a goal that seems so simple and so primal: to protect sleeping children.