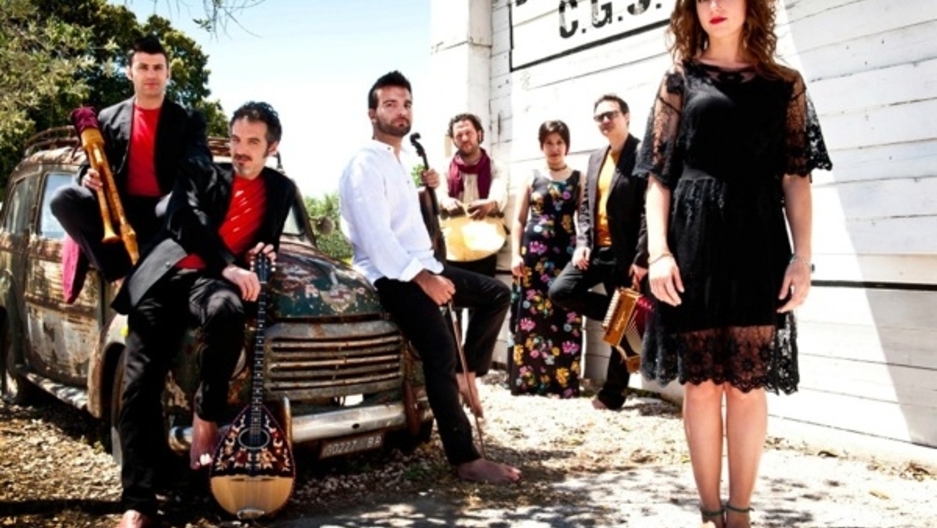 The band Canzoniere Grecanico Salentino hails from Salento, in the southernmost part of Italy, on the heel of the Italian boot.

Canzoniere Grecanico Salentino is modeled after a traditional ensemble from the 1950s called “Orquestrina Terapeutica.”

This sort of ‘healing orchestra,’ composed of a violin, guitar, diatonic accordion and tambourine, traveled around playing music to exorcise the demons of the tarantate, those who had been bitten by a spider.

The band would play and the patient would dance until he or she was healed.

One traditional song in particular, ‘Pizzica Indiavolata,’ which gives the title to their new album, was considered the most powerful cure for tarantate.

“Today, we play it in a different way, in our own way, with new melodies, with new ideas, but still we want to save the function, the healing, the strong function that ‘Pizzica Indiavolata’ used to have,” Bandleader Mauro Durante said.

Durante acknowledges that the phenomenon of tarantismo has died. There are no more victims of the taranta. But there are still demons to exorcise.

“There is the economical crisis, it is hard to find a job, it is hard to find your way in the world whenever you feel that you should be really able to express yourself,” Durante explained. “And still, this music can be a cure, can be a way to dance, sing and play out your own illnesses, your own demons.”

In the same way the ‘orchestrina therapeutica’ composed music to heal the tarantate, Mauro Durante composed a song with a similar purpose. It’s called “Nu the Fermare” or “Don’t Stop.”

“You’ve graduated, but there’s no work

you have a masters, but there’s no work

and you’re left with only your imagination

but if you stop, there’s melancholy

Get up, find a way, keep on going, don’t stop

find a way, take a chance, your voice is strong, make it heard.”

Durante is well aware that music isn’t a terribly practical response to all the ongoing economic problems facing Europe. But still, he says, when people dance they often forget their troubles, if only for a while. And so in that sense, he says the members of Canzoniere Grecanico Salentino consider themselves musical healers for the 21st century.