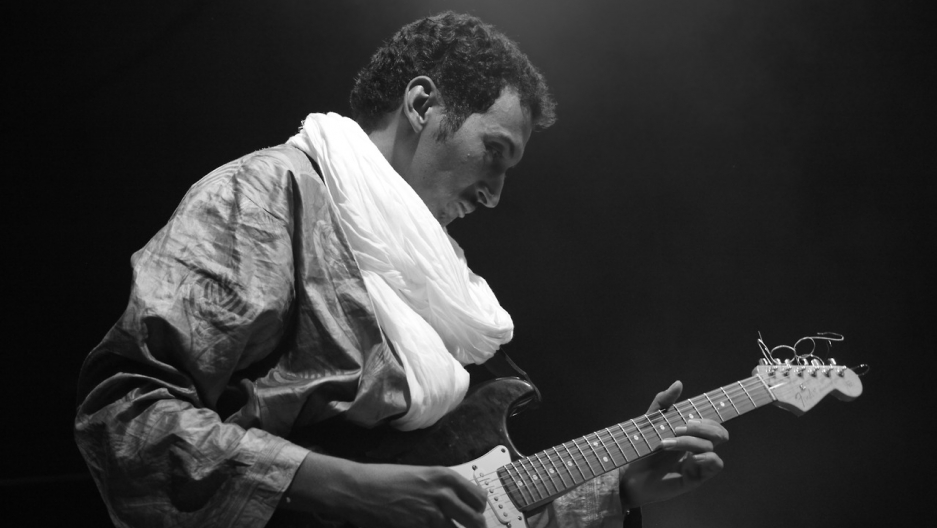 Share
Bombino is a guitarist from Niger in West Africa. He's been called the Jimi Hendrix of Niger. Hard to say how accurate that is, but Bombino does know how to rock out. I've seen him up close on an acoustic guitar, and even then he swings. But, on electric guitar, and with Dan Auerbach from the Black Keys producing the Nomad album, Bombino really gets to stretch out. Enough so that when Rolling Stone magazine reviewed "Nomad," it gave the album four stars. Yep, a musician few had heard of, from a place equally off the radar, in a language even fewer understand, gets four stars from Rolling Stone. "I really wasn't expecting that," Bombino told me. He said he was happy when he heard the album played back for the first time. And when the Rolling Stone review came out, he knew he had scored big. Bombino said at first he was surprised. But after he thought about it, he said, "Well, why not me, why not a guitarist from Niger?" I asked if people in Niger know what Rolling Stone magazine is. "A few Nigerois know about it, but not a lot of people. Mostly those who've been to high school or university," he said. Still, Rolling Stone or not, Bombino has his own celebrity following in Niger. Anyone who goes through airport customs in the capital Niamey as much as he has for his tours and recording sessions is going to be labelled a VIP. Check out the album Nomad.