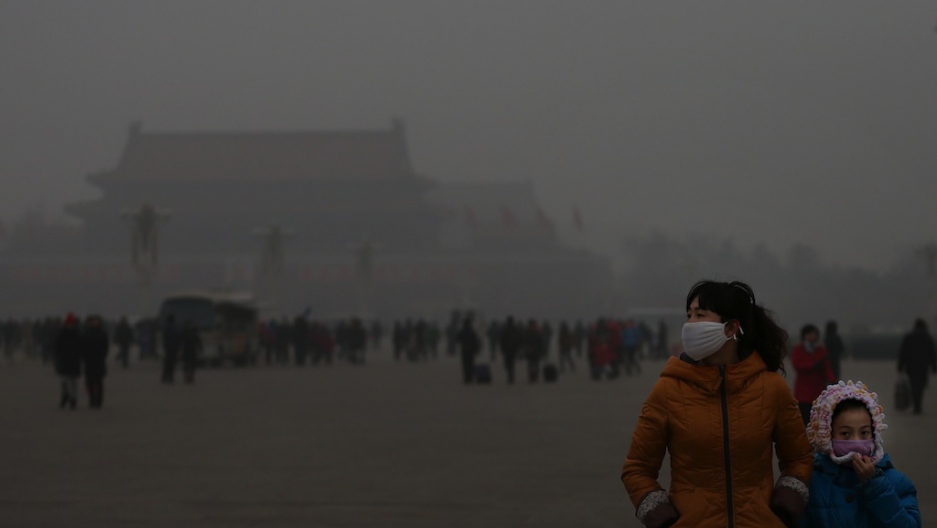 A tourist and her daughter wearing the masks visit the Tiananmen Square at dangerous levels of air pollution on Jan. 23, 2013 in Beijing, China.
Credit: Feng Li
Share

Two new studies have found that even low levels of air pollution can be linked to increased rates of both lung cancer and heart disease, indicating that life in suburbia may not be as big an improvement over the smoggy city as previously believed.

An extensive study, codenamed "Escape" and published in the Lancet medical journal, found that ambient air pollution can be linked to increased rates of lung cancer, after researchers surveyed 17 cohort studies from nine different European nations involving over 300,000 people.

"The association between particulate matter air pollution and the risk for lung cancer persisted also at concentrations below the existing European Union air quality limit values," wrote the researchers, according to NBC.

They were unable to find a "safe" level of air pollution.

After taking into account subjects occupations, their diets, and their smoking habits, the team found that test subject's risk of developing lung cancer rose by 18 percent for every extra five micrograms of soot per cubic meter of air. The risk was applicable to smokers and non-smokers alike.

A second study, also published in the Lancet, looked at the possible association between heart failure and air pollution, reviewing 35 studies in Europe and the US to determine what the possible health effects could be.

The second study examined such pollutants as carbon monoxide, sulphur dioxide, nitrogen dioxide, ozone and particulate matter, and found a link between the risk of either hospitalization or fatal heart cancer from all, with the exception of ozone.

"Heart failure is a common, costly and fatal condition … and is one of the most frequent reasons for hospital admission," lead study author Nicholas Mills said, according to the Guardian. "While the role of air pollution is well recognised as a risk factor for heart attacks, it has been less clear whether exposure increases the risk of adverse events in patients with other cardiovascular conditions like heart failure."

The warnings could even apply to travel in countries with especially high rates of air pollution, warned lead study author Dr Anoop Shah, according to the Telegraph.

"We were looking at developed countries, but the risk would be higher in developing countries where there is more pollution," he said. "This could pose a travel risk to some people that is worth thinking about."