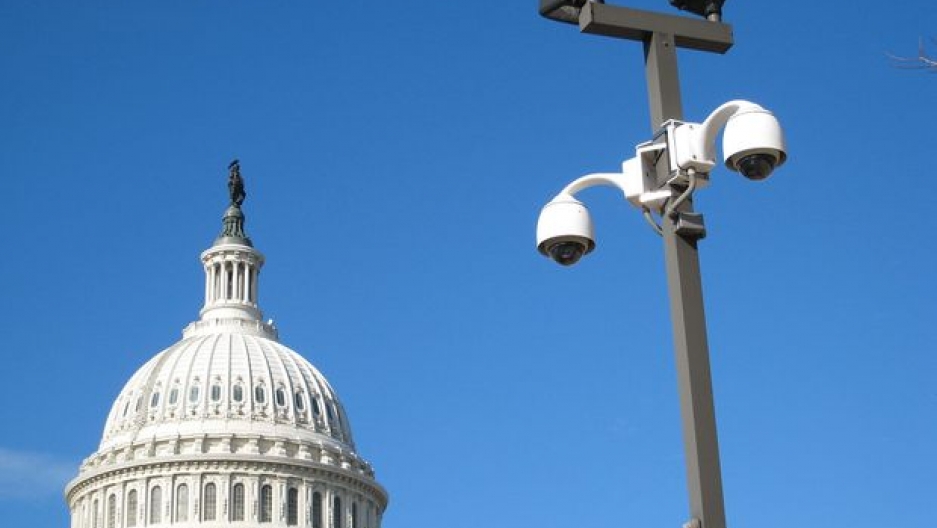 Surveillance is pervasive in the United States — especially of our electronic communications, though. (Photo by Flickr user satanoid.)

In more than a dozen court rulings, the FISA court has granted a vast array of powers to the NSA to collect data on Americans on issues not just pertaining to terrorism, but also nuclear proliferation, cyber attacks and espionage. And the court has ruled that there is a Fourth Amendment exception when it comes to obtaining warrants to collect and track the communications of Americans.

Eric Lichtblau, a reporter for The New York Times, has reported on this broad expansion of the FISA court, which he says has become something of a Supreme Court for surveillance. It's the court of first and last resort on these matters.

Just one side, the government, appears before its judges, meaning there's little of the robust give-and-take that most Americans are familiar with from TV court shows. And there are very few appeals, even within the court itself.

"There is a review court that is also classified, also secret, also only with one party," he said. "There's never been a case taken to the Supreme Court, because that's so difficult to do. The upshot is that you have a classified, secret court with virtually no public scrutiny that is making, we're now learning, really broad constitutional case law on surveillance and intelligence operations."

For example, under a FISA court ruling, intelligence officials were able to gain access to an attachment to an email sent by an American, because they believed it contained specifications of an Iranian nuclear facility.

The court has taken, Lichtblau said, the special needs doctrine, which allows for testing the blood alcohol level of drivers of testing railroad operators for drugs and alcohol, under the notion that the intrusion upon their privacy is justified by protecting society at large. The doctrine was established in a railway case in 1989.

Airport screenings are another example.

"They've taken that and now applied it in a way that it can be used to justify the collection of all this various metadata," he said. "By carving out this exception under the special needs doctrine, they're saying this is still reasonable under the Fourth Amendment ... because there's still an overwhelming public interest."

And while that argument seems to be the type of case that is ripe for appeal to the U.S. Supreme Court, it's difficult to see how that would happen when the FISA court and its appeals branch tend only to hear evidence and take cases from the federal government.

And because rulings from the court are secret, it's tough for attorneys to get the facts of the case they'd want to challenge.

Further, Lichtblau says the Supreme Court has been hesitant to weigh in on national security issues in recent years.

"There have been only a handful of decisions released, only in redacted form, by the court in the 35 years they've been around," he added. "None of these current rulings we're talking about ... have been released publicly. You're really litigating in the dark."