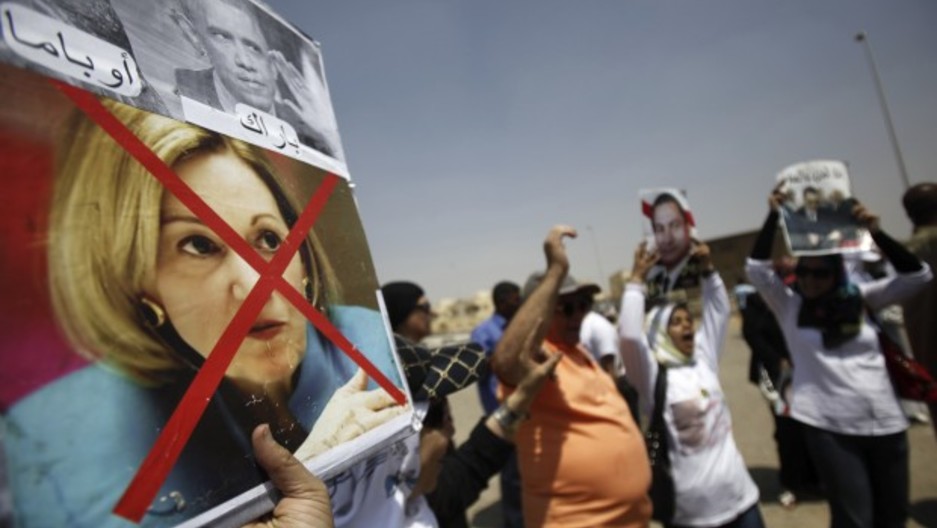 A supporter of Egypt's former President Hosni Mubarak holds a defaced picture of U.S. ambassador to Egypt Anne Patterson (bottom) and U.S. President Barack Obama (top) as others shout slogans against members of the Muslim Brotherhood and supporters of ousted Egyptian President Mohamed Mursi, outside a police academy before Mubarak's trial in Cairo July 6, 2013. The slow-motion retrial of Mubarak dragged on at snail's pace on Saturday, impervious to the latest upheaval in the country he ruled for 30 years - the military overthrow of his elected successor. REUTERS/Amr Abdallah Dalsh (EGYPT - Tags: POLITICS CIVIL UNREST CRIME LAW) - RTX11ED9

The current crisis in Egypt poses a dilemma for the US whether to cut off more than a billion dollars in aid to Egypt.

Michael Wahid Hanna, a senior fellow at the Century Foundation, says it has been a complex balancing act for Washington because of the well established relationship with Egypt.

Hanna says if the United States remains silent on the political crisis, then it is perceived as acquiescing whereas speaking out is taken as interference.

Hanna says US Ambassador Anne Patterson and National Security Advisor Susan Rice, in the last few days, have attempted to broker a compromise between the Egyptian government and the opposition in the aftermath of the June 30 street protests.