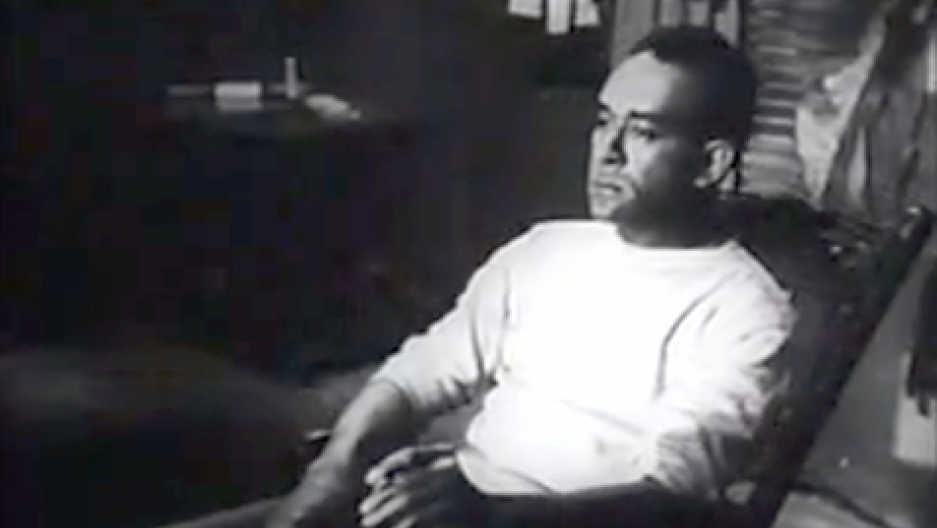 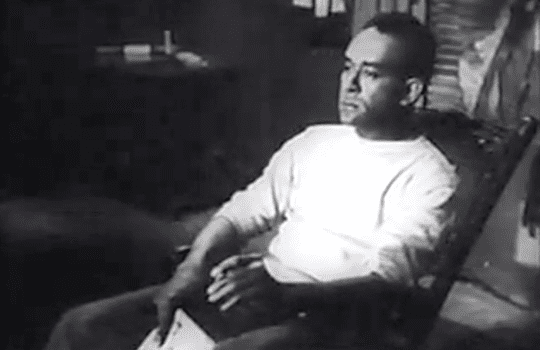 Over the past year, Studio 360 has been producing new hour-long specials for our American Icons series. This fall, we'll be debuting episodes about the Vietnam Memorial, Ken Kesey's One Flew Over the Cuckoo's Nest, and Disneyland.

I'm working on an episode about Richard Wright's shocking, best-selling 1940 novel, Native Son--- the story of Bigger Thomas, a young African-American man living in abject poverty, and his transformation into an unrepentant thug and murderer.

One of the strangest artifacts I've run into as part of my research is this 7-minute video posted by the Beinecke library at Yale:

You're watching 40-year-old Richard Wright, the author himself, playing 20-year old Bigger. And if that sounds like a bad idea, that's because it was. Wright was not an actor, but the tremendous success of his book, and the modest success of the stage play (it was a tempered, more palatable version of the book, directed by Orson Welles on Broadway) gave him confidence that a film version of Native Son was the perfect next step.

But the gap between reading Native Son and seeing Native Son was too much for American audiences to handle. Hollywood producer Ben Hecht offered to make it with an entirely white cast. Wright declined.

It wasn't until eight years after the book was published that a plausible offer came in from the (somewhat unknown) French director, Pierre Chenal, who wanted to make the film in Argentina. So Buenos Aires played the role of Chicago, and after what Chenal must have deemed a successful screen test, Wright played the role of Bigger Thomas. (Watch a scene from the movie.)

The film is pretty much a document of survival --- that it was made at all was a miracle. It's full of compromises and weird fixes to appease censors and fit within a limited budget. But after months of reading and researching this classic novel, getting to see even a few minutes of Richard Wright, alive and performing, is remarkable.

More about the making of Native Son, the movie