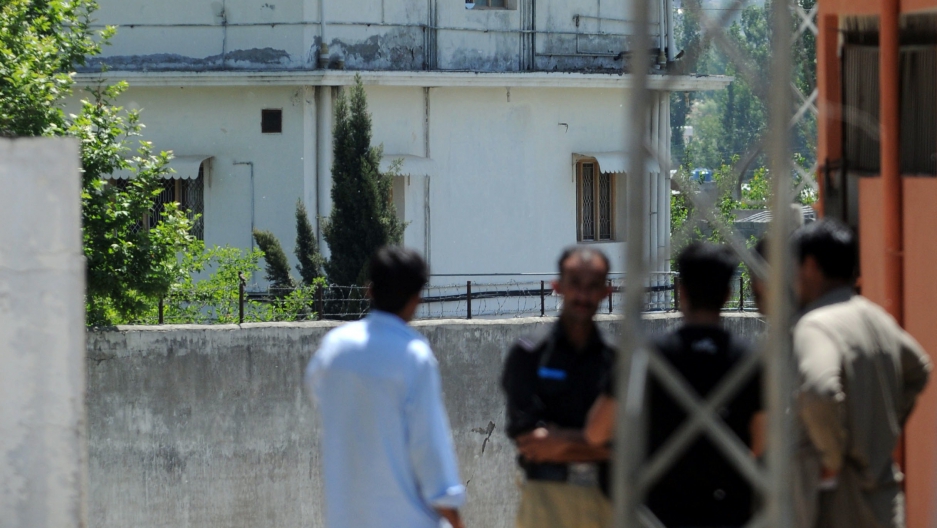 A Pakistani policeman chats with local residents beside the final hideout of slain Al-Qaeda chief Osama bin Laden in Abbottabad on May 15, 2011.
Credit: Asif Hassan
Share

Osama bin Laden might have been detected eight years before the Navy SEAL raid that ended his life, had a Pakistani traffic policeman spotted the world's most-wanted man in a car he stopped for speeding.

The revelation is contained in an official investigation, obtained by Al Jazeera, into how bin Laden managed to live undetected in Pakistan for almost a decade.

The leaked report blasts the country's civilian and military leadership for "gross incompetence" over the bin Laden affair, and concludes that Pakistan's military and government missed several opportunities to close in on bin Laden.

One of those opportunities came during 2002 and 2003, when the Al Qaeda leader was living in the Swat Valley.

The wife of Ibrahim al-Kuwaiti, one of bin Laden's two trusted bodyguards, testified that they would make occasional visits to the local bazaar.

"Maryam" told investigators that on one trip their car was pulled over for speeding by a policeman, but that her husband "quickly settled the matter."

It is not clear whether the police officer failed to spot the passenger or was paid off, Reuters wrote.

The 336-page report described that and similar incidents thus:

"It is a glaring testimony to the collective incompetence and negligence, at the very least, of the security and intelligence community in the Abbottabad area."

It also criticized Pakistan's military spy agency, the Inter-Services Intelligence directorate (ISI), for having prematurely "closed the book" on bin Laden in 2005, The Guardian wrote.