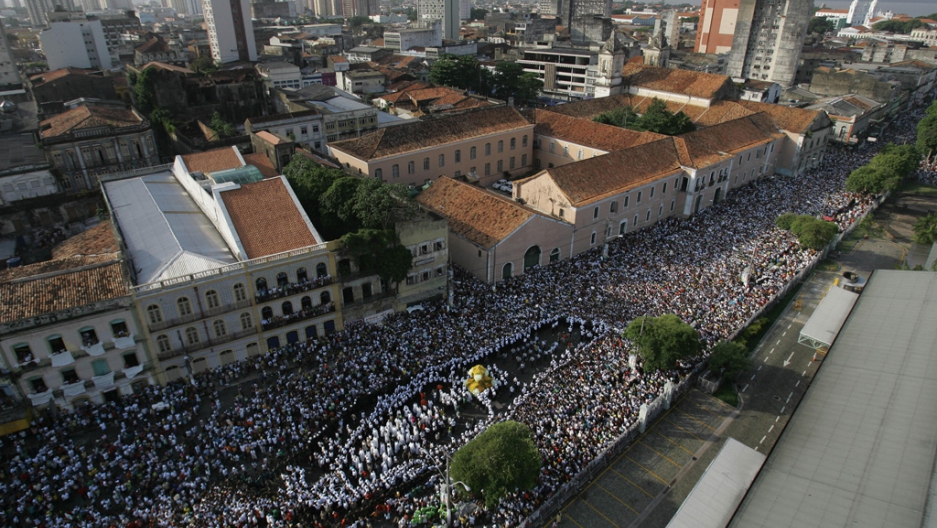 This is the second in a series of posts about dwindling Christian communities in the Middle East.

MELLAWI, Egypt — It’s been close to two years since Evon Loga Gabrieul’s 17-year-old son died, but she can’t step into his pristine gray-scale bedroom without breaking down.

“They murdered him, and nothing’s changed. The country, my family…they both will never be the same,” she weeps, peering at the charcoal log of grades the meticulous high-schooler used to chart his progress and a possible way out of his rundown, forgotten village in rural Egypt.

Ayman Labib, a Christian, was beaten to death by Muslim classmates in a murder case that punctuates the protracted sectarian tension between Christians and Muslims in southern Egypt, where a bulk of Egypt’s Christians live. Two boys have been convicted of his death and are now serving three-year prison sentences. But for a forgotten community in Egypt’s hinterlands, there’s a feeling that justice has not been served.

Since the uprising that ousted Egyptian president Hosni Mubarak, sporadic but intense sectarian demonstrations across Egypt reflect rising fears in Egypt’s Coptic community (which make up an estimated 5 to 10 percent of Egypt’s total population) that the uprising has empowered a predominantly Muslim Egyptian society that is at best indifferent to the Christian minority’s concerns.

With a president who staunchly hails from the Muslim Brotherhood and a new constitution that critics say offers religious minorities, especially Copts, little to no assurances, existential fear has pervaded villages like the Labib family's.

Christians in Egypt, especially in the rural south, have long complained of systemic discrimination and violence. Among a laundry list of grievances, critics say Copts are woefully underrepresented in Egypt’s military, judiciary, diplomatic corps, academia and almost all electoral bodies. Christians face state-imposed restrictions on the right to build and maintain churches, regulations that Muslims don’t face when building mosques.

In some extreme publicized cases, Christians have claimed that fundamentalists have wrongly accused them of forced conversions and kidnappings of Muslim women. Some conflicts have violently escalated into rioting and church burnings, such as one a year and a half ago on a Christian center in Aswan. The incident triggered protests in Cairo outside the government’s television center known as Maspero, which the military brutally put down, leaving 27 dead. 26 of the victims were Christian.

Some had hoped Maspero would be a turning point for the country, but instead it’s become yet another scar on a revolution waged to make Egypt more equitable than it had been under three decades of Mubarak’s repressive rule. Instead, accountability has fallen by the wayside and facts are hard to come by, especially in a one-road village more than 150 miles from the bustling capital.

“It’s hell here…religion’s the elephant in the room no one talks about,” says Nadi Atef, a writer and activist from Ayman Labib’s town. “I know Egypt’s mostly hell for a Muslim too, but it’s at least a Muslim hell.”

Atef has reported on the family’s case for the past year and a half and says he was thrown into jail for a week for drawing attention to the local government’s negligence in handling it. He and others claim the municipality, who declined to comment on the case, had first reported Ayman’s death as a heart attack. He says they’ve since changed the cause to the beating Ayman received.

The walls of Atef’s office sketch Egypt’s dysfunctional transition to democracy. His front room is lined with photographs of himself, bright-eyed and ecstatic, protesting Mubarak’s regime. He’s added more recent pictures of himself protesting new President Mohamed Morsi’s rule in the same square, in almost the same outfit, but his face is now rinsed with jaded exhaustion, his eyes dimmer.

He rails the American government for not doing enough to protect Egypt’s Christians, though he’s desperately trying to apply for political asylum. While he waits, he is trying to motivate a listless base to protest against the country’s ruling Brotherhood, which critics say pushed through a deeply contested new constitution that allows for a stricter interpretation of Islamic Sharia law, leaving Copts few guarantees.

“The constitution is radically different, it essentially enshrines second-class citizenship to Copts by putting the highest constitutional matters of the state beyond their purview,” says Michael Hanna, a senior fellow at the Century Foundation research institute in New York. “When push comes to shove, Christians won’t have a say in many matters.”

But the 85-year-old Muslim Brotherhood, politically oppressed and banned under Mubarak, consistently channels such critiques as nothing more than media-generated noise, an overly dramatic attempt to divide the country.

“We really don’t have these issues in Egypt,” said Abdul Mawgoud Dardery,
a spokesperson for the foreign relations committee of the Brotherhood’s Freedom and Justice Party. “Some conflict or tension is exaggerated by the media to divide Egypt, to ruin the revolution…these are old tactics used by the old regime.”

One of Egypt’s most historically conservative and violent groups, the Gama'a al-Islamiya, behind President Anwar Sadat’s 1981 assassination and an Islamist insurgency in the 90s, also stands by the Brotherhood’s claim to unity.

“Everyone here lives side by side,” says Gama’a member Wael Baker, walking around the dusty city of Assiut, the group’s stronghold region. The city is also home to one of Egypt’s largest Christian’s communities. “I have Christian neighbors and friends. Yes, we would wish everyone were Muslim, but we accept they are not.”

Characteristic of Egypt’s political adolescence, Copts have struggled to effectively unite and mobilize around their needs, with some calling for a “Christian Brotherhood” counterpart. Most analysts agree that working under a singular Copt umbrella would be political suicide.

Evon Mossad, a 54-year-old Cairo activist and community organizer, is struggling to unite a base she says wants to escape more than fight. She says she was in the crowd of Maspero protesters when she was suddenly assaulted and brutally beaten by an officer.

“No one talks to us. No one talks about us. Everyone is scared of losing support,” she said, helping to organize a march around women’s rights. “There are too many fights to fight now. Do I want Mubarak back? Absolutely not, but the protection we had under him, even if it was fake, felt comfortable. Nothing will change anytime soon.”

Hanna too remains skeptical. “Unfortunately, pluralism and tolerance rhetoric isn’t going to fly in times of economic distress,” he says. “The Brotherhood won’t jeopardize their base by addressing the issue... it’s a useful political tool for them.”

Muslim clerics like Brotherhood supporter Safwat Hegazy have ramped up their vitriol against Christians in inflammatory speeches like this one, warning Christians not to join opposition forces against Morsi. “Our red line is Morsi's legitimacy,” he says. “Whoever dares splash it with water, we will splash him with blood.”

Back down in Mellawi, Ayman’s father Nabeel walks in from a few hours of temporary mechanical work he found around the village that day. For him and other Egyptians, a tumbling economy and plummeting unemployment cast a dim sky even more gray.

Before he visits his son’s gravesite, a 15-minute cab ride from their home, he stares at photographs of his son that line their apartment’s tiny perimeter. Nabeel once had a sparkle in his eye, his other children explain, but now it’s gone. Though the 51-year-old’s face is unflappable while his wife’s easily crumbles into tears at the mention of her son’s name, they all agree he’s taken it the hardest.

“You lose your country, you lose your son,” he says, taking one last sip of tea. “But sometimes I feel joy knowing he’s with God. He’s better now, than he’s ever had it…than any of us down here will ever have it.”

This reporting was made possible in part by a grant from the Pulitzer Center on Crisis Reporting.

Read parts one, three, and four of this series, about dwindling Christian communities in the Middle East.