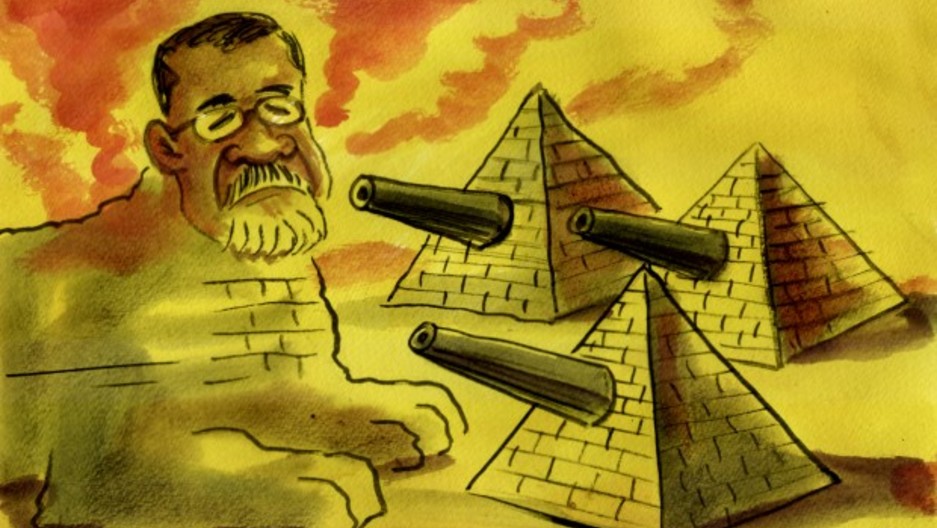 Mohammed Morsi's ouster by Egypt's military (no official wants to call it a coup) has prompted all sorts of reactions. Political cartoonists are certainly registering their own opinions. Marco Werman talks with The World's Cartoon and Satire Editor Carol Hills about how the cartoons' messages vary according to the region where they were drawn.

European, South American and South African cartoons express mostly perplexion: How is it that many Egyptians seem okay with the fact that their military just dumped the country's first ever democratically elected president. Not only that but what does it mean that trying to mix political Islam and democracy in the Arab world's most populous and historically powerful state has failed, just two and a half years after Egypt's revolution ousted autocrat Hosni Mubarak.

But cartoonists from the Middle East and Muslim world have a more nuanced view. It's all about legitimacy, a favorite word of Mohammed Morsi. He uttered it about 50 times in his last speech to the nation. Some Arab cartoonists see Morsi as illegitimate and worthy of being overthrown. But other cartoonists, more sympathetic to Islamists, think that whether you like him or hate him, Morsi was the legitimate leader of Egypt.