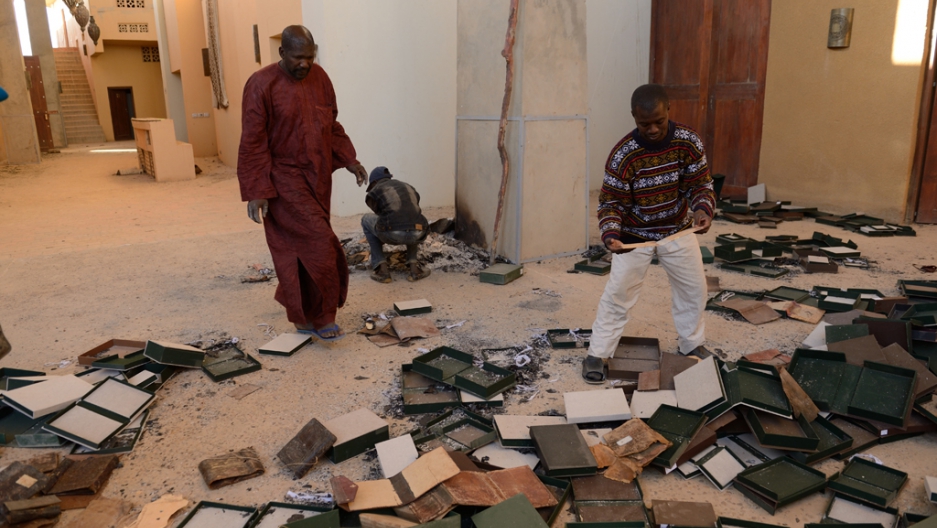 Around 4,000 manuscripts that were being stored in the fabled city of Timbuktu have been destroyed by Islamists, the United Nations has found. That amounts to one-tenth of the ancient manuscripts held at the city's Ahmed Baba Institute of Higher Learning and Islamic Research.

The damage was initially estimated at around five percent, making this new count significantly higher, the Associated Press reported.

The Malian city has been under the control of Islamic radicals since March 2012, when they staged a military coup.

"Of the 46,000 manuscripts that were held by the Ahmed Baba Institute of Higher Learning and Islamic Research, 4,203 manuscripts were either burned by the Islamists or stolen," said David Stehl, program specialist in the cultural section of UNESCO, which made Timbuktu's monuments World Heritage sites in 1988.

"We are currently working on securing manuscripts transferred to Bamako and creating the conditions for their conservation, because the climate of Bamako is not conducive to the preservation of manuscripts," he added.

However, some of the city's book-lovers have already taken precautions to store some of the most valuable manuscripts in their private libraries, as the BBC reported in June.

"These manuscripts are really precious to us. They are family heirlooms. Our history, our heritage," says Dr Abdel Kader Haidara, who owns of one of Timbuktu's biggest private libraries. "In our family there have been generations and generations of great scholars, great astronomers, and we have always looked after these documents."

In fact, as GlobalPost's Tristan McConnell reported, the city has a time-honored tradition of protecting its ancient scripts:

Each time foreign invaders threaten Timbuktu — whether a Moroccan army in the 16th century, European explorers in the 18th, French colonialists in the 19th or Al Qaeda militants in the 21st — the manuscripts disappear beneath mud floors, into cupboards, boxes, sacks and secret rooms, into caves in the desert or upriver to the safety of Mopti or Bamako, Mali’s capital.

The UN estimated the cost of preserving the manuscripts at $2 million, and is getting support from the European Union, Norway, Switzerland and Germany, according to the AP.