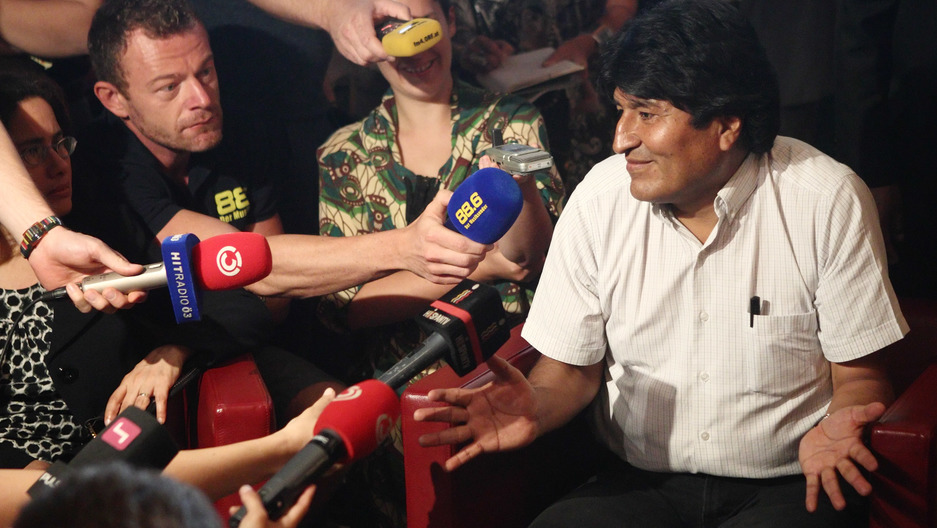 Bolivian President Evo Morales addresses a news conference at the Vienna International Airport in Schwechat July 3, 2013. Morales said on Wednesday he was awaiting Spanish permission to fly home through its airspace after he refused Madrid's request to inspect his plane following its diversion to Vienna. France and Portugal abruptly cancelled air permits for Morales' plane en route from Moscow on Tuesday, apparently due to fears fugitive ex-U.S. spy agency contractor Edward Snowden could be on board. Bolivian and Austrian officials denied this. REUTERS/Heinz-Peter Bader (AUSTRIA - Tags: POLITICS TPX IMAGES OF THE DAY) - RTX11AT4

Share
When European authorities forced a jet carrying Bolivian President Evo Morales to divert to Austria, they angered many in Latin America. Bolivia says France, Spain and Italy committed an "aggressive act" that broke international law. South American leaders say they're considering an emergency summit to formally express their outrage. The reason Morales' plane kept getting diverted? The Europeans suspected former National Security Agency contractor Edward Snowden was on board. But he wasn't. Jorge Derpic, a Bolivian graduate student, says the incident has stirred up anti-Americanism.