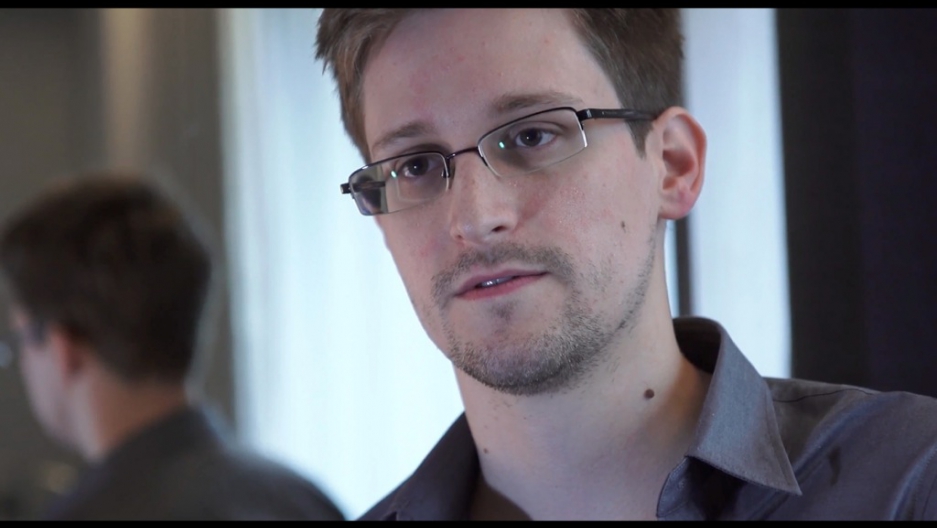 In this handout photo provided by The Guardian, Edward Snowden speaks during an interview in Hong Kong. Snowden, a 29-year-old former technical assistant for the CIA, revealed details of top-secret surveillance conducted by the United States' National Security Agency regarding telecom data.
Credit: The Guardian
Share

Ten countries have rejected fugitive NSA leaker Edward Snowden's request for asylum so far, with many states, including Spain and Germany, saying applicants must apply from inside their borders.

Snowden, still in limbo at Moscow's Sheremetyevo airport, has applied for asylum with 21 nations, WikiLeaks said, but he withdrew his request to Russia after spokesman for President Vladimir Putin said Snowden should give up his "anti-American activity."

Leftist Venezuela may be Snowden's best option at this point — President Nicolas Maduro told Reuters that Snowden had "done something very important for humanity" and "deserves the world's protection," and was in Russia Tuesday to meet with President Putin.

Russian newspaper Izvestia said Monday that the two leaders would discuss the whistleblower's fate, though neither Maduro nor Putin mentioned Snowden in their public comments, CBS News reported.

Snowden is believed to have an application pending for Venezuelan asylum, and the country has said it supported the whistleblower.

Maduro did not comment on Snowden's supposed application with Venezuela, nor did he answer questions about whether he would be taking the ex-NSA contractor back with him when he left Russia, according to CBS.

India's foreign ministry spokesman, Syed Akbaruddin, said via Twitter that after "careful examination we have concluded that we see no reason to accede to the Snowden request."

The 30-year-old whistleblower has also applied for political asylum in China, and while foreign ministry spokeswoman Hua Chunying said Beijing has been "following the developments," she would not comment on Snowden's application.

"I've seen some reports of his petition for political asylum in some countries but I have no information about that," Hua said.

Also Tuesday, Brazil's foreign ministry said it would not grant Snowden asylum, and will leave his request unanswered.

Ecuadorean President Rafael Correa told the UK's Guardian newspaper on Monday that he could not consider Snowden's asylum request since he is in Moscow, and that issuing Snowden a travel pass to fly from Hong Kong to Moscow had been "a mistake on our part."

"Are we responsible for getting him to Ecuador? It's not logical," Correa said.

Snowden, who leaked details on classified US surveillance programs, has in an effort to escape espionage charges also applied for political asylum in Bolivia, Cuba, Iceland, Italy, the Netherlands and Nicaragua.

There has been no response from France, where Snowden may have applied, though that has not yet been confirmed.