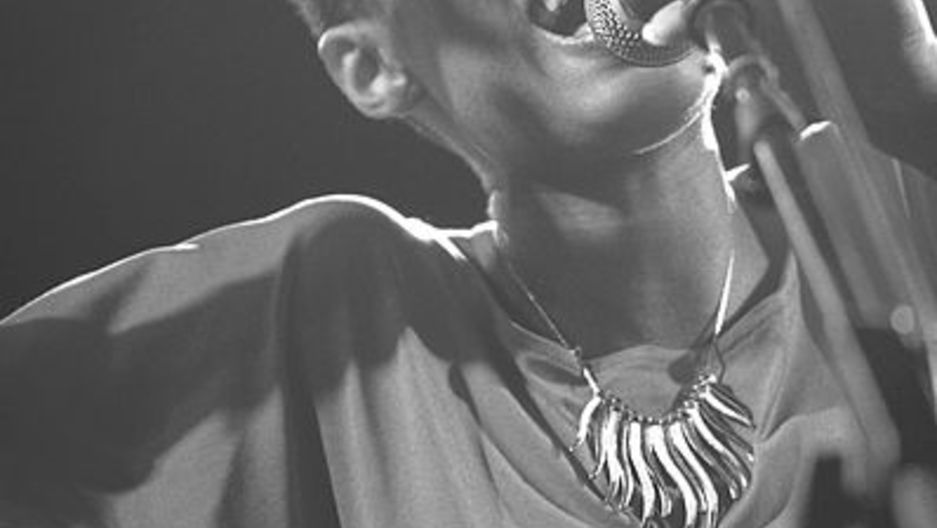 Ester Rada was born in Israel to Ethiopian parents, but struggled with her identity for years. She's tapped into her roots in her new music. (Photo by Fantman via Wikimedia Commons.)

When famine struck Ethiopia in 1983, Ester Rada’s parents were forced to flee.

They traveled by foot to Sudan, only to find themselves packed into a dangerous refugee camp. But the couple managed to get out because of their religion.

The Rada’s were part a group of Ethiopian Jews who were airlifted out of Sudan in 1984 by the Israeli government. It was called Operation Moses.

They became Israeli citizens and the government installed them in Kiryat Arba.

Ester was born a year later, but her family’s life in Israel was far from smooth sailing, because their new home was a volatile Jewish settlement on the outskirts of Hebron in the West Bank.

“A lot of Ethiopians came to Israel at that time and they put a lot of us in Kiryat Arba,” Rada said. “There were fences and soldiers, and they kept us safe, I think. There was the first intifada in '87, I was born in '85, so it was rough times.”

Rada’s family stayed in Kiryat Arba until she was 10, but by then most of the Ethiopians they’d arrived with had moved on. As Rada got older, and the ethnic makeup of her community changed, she started distancing herself from the Ethiopian culture she’d been brought up with.

“My mother always says to me that until the age of six I spoke the Ethiopian language fluently,” Rada explained. “I heard a lot of Ethiopian music at home and Ethiopian language, but I started to tell my mom that I don’t want to hear the language anymore. I want to speak Hebrew, because I felt different outside”

Even though Rada was born in Israel, and spoke like the Israeli kids around her, there was no escaping the fact that her East African looks set her apart. To cope with the struggles of feeling different, Rada turned to singing.

Then she was drafted into the army, the Israeli Defense Force.

She became a singer in a military band, and ended up touring the world.

After finishing her military duties, Rada moved to Tel Aviv and made her way as a actress, becoming known through roles on a few popular TV shows. But Rada’s recent work marks a return to her first artistic love, music.

Though Rada acknowledges that her path to self-acceptance sometimes took a convoluted route, this latest work signifies a full embrace of her Ethiopian roots.

“It was very confusing — like you have something at home, and something totally different outside, and you want to be like everyone else,” Rada said. “I wanted to be an Israeli. Only when I grew up — after the army, I think — that’s when I felt whole with all of the pieces in me.”