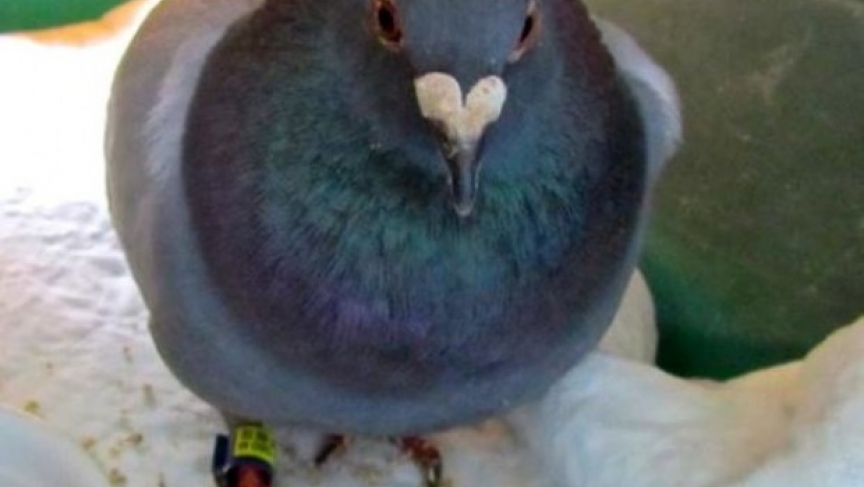 It happens, you put the wrong address in your GPS, and next thing you know, you end up taking the long way.

That's what happened to a racing pigeon from Japan who took off in Sapporo, Japan, and came in for landing way off course – in a Canadian town in British Columbia.

The town we want you to name, is on a small peninsula that juts out into the Georgia Strait, off the eastern coast of Vancouver Island.

The town's home to a Canadian Air Force base, which is where the pigeon was found almost a month after leaving Japan.

Can you name this BC town where this pigeon was lost and found?

The answer to our Geo Quiz on Monday is Comox, British Columbia.

That's where a Japanese racing pigeon was found recently, more than 4,000 miles off course.

Anchor Marco Werman speaks with Maj Birch with the Mountainaire Avian Rescue Society, which came to the pigeon's rescue.