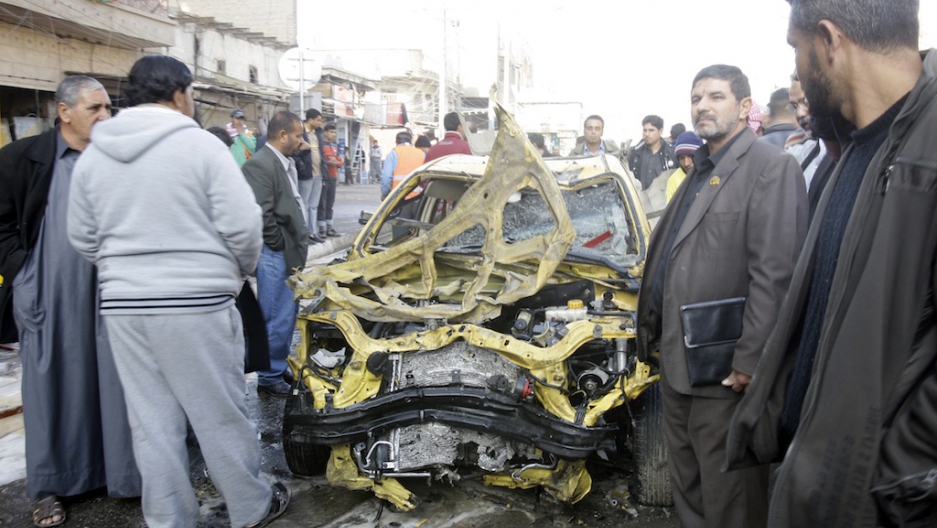 A bombing in a Shiite mosque north of Baghdad Monday has killed at least 22 people, one of three separate attacks today that have added to the country's mounting death toll caused by a recent push by insurgents.

The explosion at the mosque in Muqdadiyah, 50 miles northeast of Baghdad, occurred Monday night around 10 p.m. during a packed funeral for an Iraqi soldier.

The death toll was cited as low as nine people and as high as 23 by different sources, including the Associated Press and Agence France-Presse.

Around 40 people were also injured in the blast.

No group claimed immediate responsibility for the attack, though Iraq's Al Qaeda branch is known for deploying suicide bombers, the AP reported.

Another blast Monday at a cafe in a Shiite neighborhood of Baquba, the capital of Iraq's Diyala province, left at least eight people dead and another 22 injured.

A third spate of violence over the past two days saw eight Shiite militiamen taken from their homes in Mishahda and surrounding villages and shot, according to police.

The bodies were found riddled with gunshot wounds in an orchard Monday, and some of the soldiers had their hands tied, the AP reported.

On Monday, the United Nations released new figures that counted 761 killings, mostly civilians, in Iraq in June. The death toll for the past three months was cited at 2,518, and May has now surpassed June 2008 as the country's bloodiest month, BBC News reported.