ISTANBUL, Turkey — Even as authorities moved to crackdown on social media amid a widening protest movement that engulfed cities across Turkey in recent weeks, Turkish officials are also emerging as avid users of both Twitter and Facebook.

The Turkish government has been outspoken in its criticism of social media users and websites, particular as activists coordinating intensifying anti-government demonstrations used the sites as mediums to organize and vocalize dissent against the government here.

Police raided in recent weeks dozens of addresses throughout the country to arrest social media users posting picture of police brutality during battles between protesters and security forces in places like Istanbul and the capital, Ankara.

"There needs to be an interlocutor we can put our grievance to and who can correct an error if there is one," Turkey’s transport and communications minister, Binali Yildrim, told reporters Wednesday of the bid to coax Twitter to Turkey. 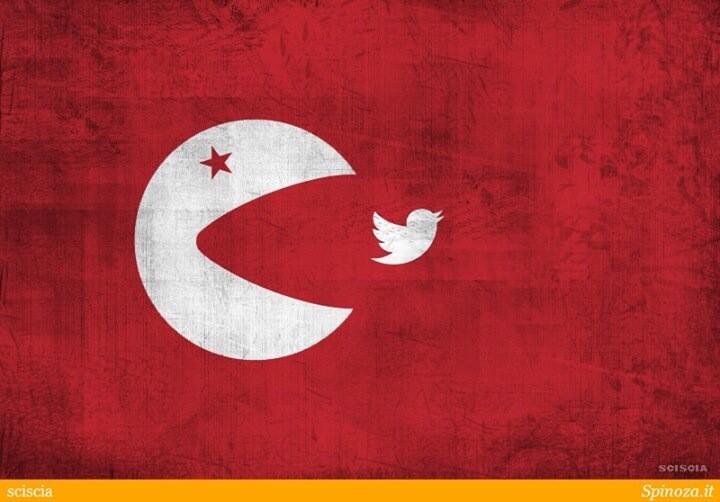 But the burgeoning war over social media highlights a case of double standards.

The mayor of the Turkish capital Ankara, Melih Gokcek, has tweeted more than 40,000 times and has upward of 750,000 followers.

Last Sunday, Gokcek mounted an online campaign to discredit BBC Turkce journalist Selin Girit, who reported from the epicenter of clashes between protesters and police in Istanbul’s Gezi Park.

“The mayor encouraged his followers to use a hashtag, in Turkish, which translated “Don’t be a spy in the name of England, Selin Girit.”

Protests in Turkey kicked-off in late May, after the government announced plans to bulldoze one of Istanbul’s last remaining green spaces at Gezi Park.

A police crackdown prompted further demonstrations, which quickly morphed into a referendum on the rule of Erdogan and his Islamist Justice and Development Party (AKP).

Many Turks who turned out to demonstrate said AKP is governing with an increasingly heavy hand, including pushing ahead with potentially harmful development projects and intruding into people’s personal’s lives.

Government figures say foreign media is leading a conspiracy to damage the country’s reputation by exaggerating both the size of protests and the government’s reaction to them.

AKP itself has proved savvy at using popular social media websites to get out its message and to rally its base. Turks have voted AKP into government three times over the past 10 years. The next general election will be held next year.

But the crackdown on media is nothing new in Turkey.

More from GlobalPost: Sound of silence: Turkey media under fire for ignoring protests

According to the Committee to Protect Journalists (CPJ), Turkey imprisons more journalists than any other country.

CPJ said this week that reporters working in Turkey face the most dangerous conditions in 20 years.

Abdullah is a journalist for a leading Turkish newspaper. He requested his full name not be published, but said riot police punched him in the face during a protest in Istanbul June 16.

Riot police moved to detain him, Abdullah said, but later released him when they discovered he was a reporter.

"It is thoroughly unacceptable for a public official to use the incendiary tactic of calling someone a traitor and inciting followers to follow suit," CPJ Europe and Central Asia Program Coordinator, Nina Ognianova, said of Gokcek’s online diatribe against the BBC journalist.

“[W]e reject all government data requests from Turkish authorities and push them to formal legal channels,” Facebook said in a statement Wednesday. “Unless it appears that there is an immediate threat to life or a child.”