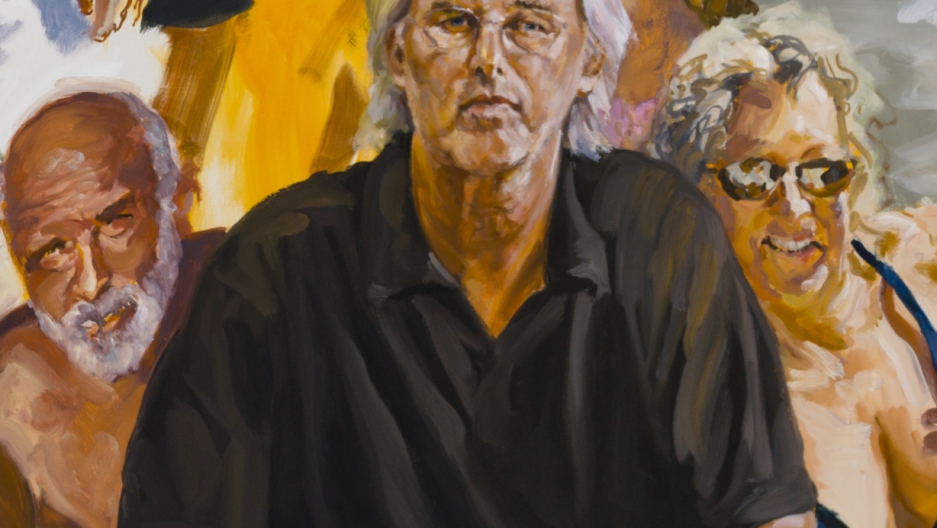 When Eric Fischl was first described as a painter of the suburbs, it wasn’t really meant as a compliment.

But he says he's grown to embrace it, even, "wear it proudly.”

Fischl grew up on Long Island, outside New York City, and then in Phoenix. He finds the suburbs artistically fertile ground.

“It’s a culture of imagery. Everyone wants their houses to look the same, so people are measuring things based on the looks of something," he said. "So there’s a veneer there. But then there is the reality of life, which is much more complicated.”

The reality of Fischl’s own life was a great deal more complicated, as he relates in his new memoir Bad Boy, a bravely frank account of his early life and the competitive art world in which he rose to prominence.

Fischl’s parents were of an “experimental” generation who were often naked in front of the kids. But his mother was “a ferocious and sad alcoholic,” and some of his paintings depict traumatic family episodes like a woman passed out in a driveway.

The realistic painting of scenes was radically unfashionable in the 1980s, when he first made his mark. Fischl was rejecting nearly all of modernism to recall the American scene paintings of Edward Hopper but with a darker edge, closer to the world of David Lynch.

The title Bad Boy was also the name of one of his most famous early paintings, of a naked woman lying on a bed quite exposed, observed by a boy of about 11. Behind his back, he appears to be rifling through her purse. But Fischl won't say what the boy was taking.

It’s what viewers imagine to be happening that matters, he says.

Fischl’s subject matter has changed greatly over the years, though nudity has remained a constant presence. Stylistically, he remains committed to realism.

“I love abstraction,” he admitted. “I’m just not good at it.”