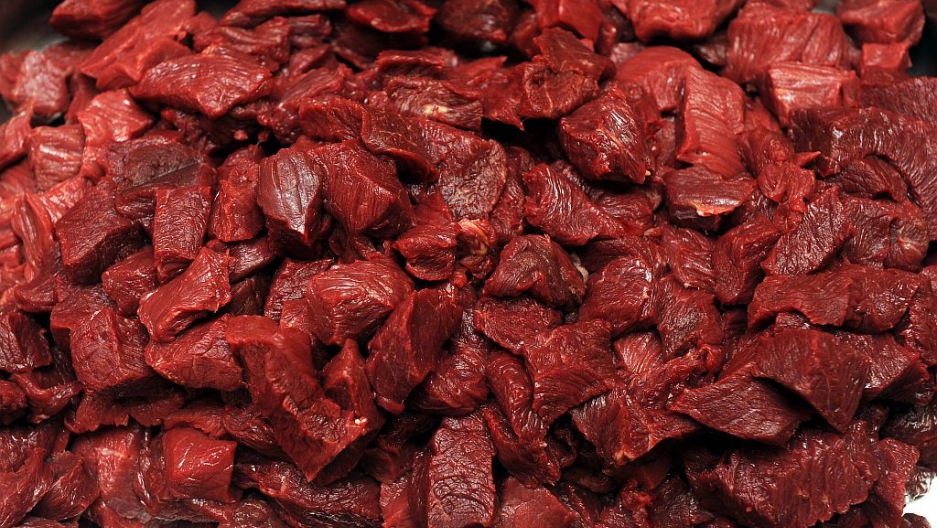 A tray of horse meat is on sale at a shop in Bremen, northern Germany on February 14, 2013. scandal over horsemeat-tainted food spiraled after Britain announced the discovery of a potentially harmful drug in horsemeat sent to France and Germany.( INGO WAGNER/AFP/Getty Images)
Share

The US government has given the go-ahead to a slaughterhouse that will produce horse meat for human consumption. The plant, Valley Meat Co. in Roswell, NM, is the first such slaughterhouse in the country in six years.

More from GlobalPost: How to cook your horse

Congress banned funding for inspection of horse slaughterhouses in 2007, which stopped the production of horse meat in the US, but the ban lapsed in 2011.

“The administration has requested Congress to reinstate the ban on horse slaughter,” USDA press secretary Courtney Rowe told Bloomberg Businessweek. “Until Congress acts, the department must continue to comply with current law.”

Four more US slaughterhouses have filed requests with USDA for horse slaughtering permits, AFP reported. The agency said it expects to issue licenses for facilities in Gallatin, Miss., and Sigourney, Iowa, as soon as July 1, according to Bloomberg Businessweek.

Valley Meat Co. will process up to a hundred horses a day and export the meat, mostly to Japan and Europe, AFP reported.

The company is also willing supply to American customers, Valley Meat Co. lawyer A. Blair Dunn told Bloomberg Businessweek. “Nothing serious has materialized as far as anyone in the US,” Dunn said. “If there is a demand in this country, then yes,” the company would sell them horse meat.

US lawmakers pushing to ban horse meat production were dismayed by the news.

"Horses are not bred for human consumption – they're companion animals, similar to dogs or cats," US Rep. Patrick Meehan (R.-Pa.) told AFP. "Not only is it inhumane, it's unsafe: over the course of their lives, horses are regularly treated with drugs that are potentially toxic to humans if ingested.”

Advocates for the plants say slaughterhouses prevent less humane ends for horses, including being abandoned or shipped to Mexico to be killed.