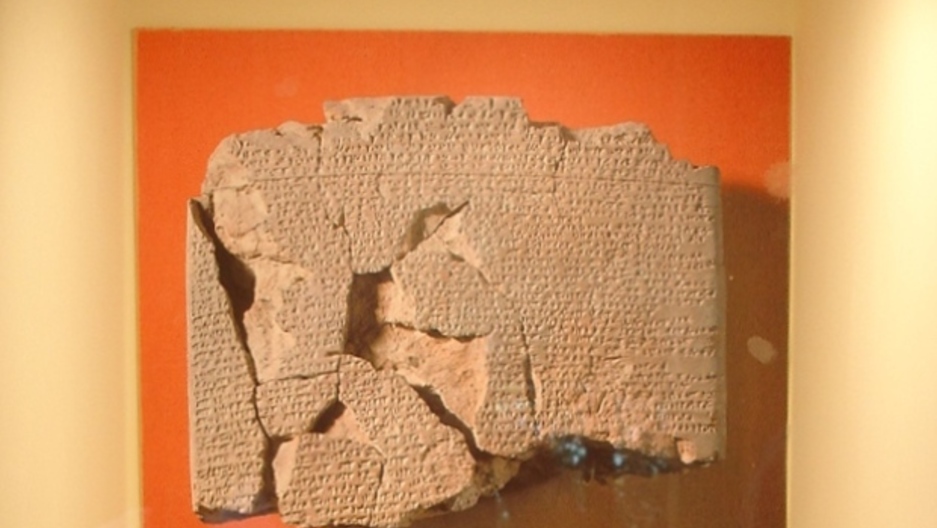 Part of the Hittite version of the treaty between the Hittites and the Egyptians, c.1259 BC, on a baked clay tablet in the Istanbul Archaeological Museum. (Photo: Wiki Commons/Giovanni Dall'Orto)

Share
The United States is trying to extradite Edward Snowden from wherever he may be. Snowden is wanted on espionage charges, over his leaks exposing the NSA's secret surveillance programs. I was digging into the Snowden case and stumbled across some interesting stuff about extraditions. The oldest documented extradition treaty dates back to c.1259 B.C., more than 3,000 years ago. It was part of a treaty between ancient Egypt and another super-power of the time, the Hittite empire, based in what's now modern Turkey. Criminal and political fugitives were to be sought out and handed back. The treaty formed the basis of an alliance that lasted for about 100 years. It's sometimes called the Treaty of Qadesh, after the name of a great battle between Egypt and the Hittites in the war they fought before patching up their differences. Both versions of the Treaty exist, and they're almost identical. The Egyptian version is carved into the walls of the mausoleum of the great Pharoah, Rameses II, near modern Luxor in Egypt, while the Hittite version survives on baked clay tablets currently on display in the Istanbul Archeological Museum in Turkey The United States' first formal extradition treaty was with Ecuador in 1872, which is ironic since Ecuador is now considering offering asylum to Edward Snowden. There were extradition clauses in older treaties, going back to 1794, but the Ecuadorean agreement was the first full treaty focused on extradition.