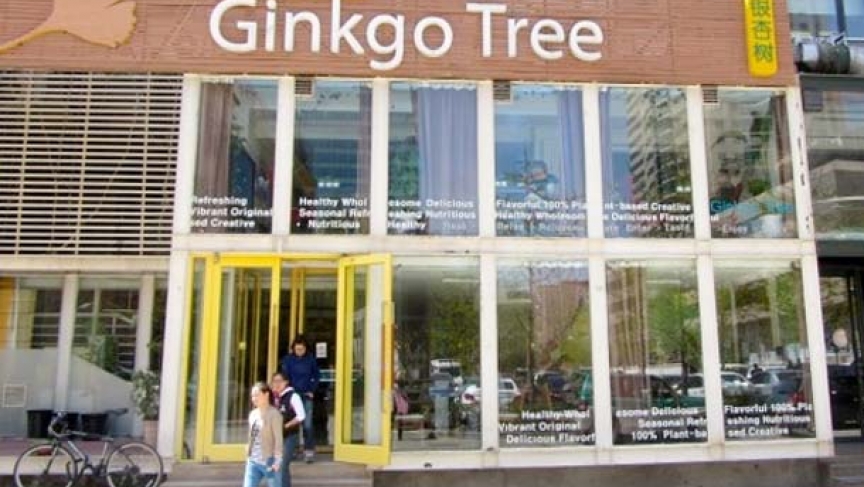 Beijing's Ginko Tree Restaurant is one of a growing number of vegan and vegetarian restaurants in China's big cities. (Photo by Mary Kay Magistad.)

Meat consumption in China is soaring, and so are the greenhouse gas emissions that meat production causes.  But there is a counter trend – a growing vegan movement in the country's big cities.

Beijing’s Gingko Tree café fills up fast at lunchtime, with its vegan buffet, and flavorful dishes, offering all the taste but none of the meat that many Chinese love.

“It started when global warming was a big issue, and I looked into a lot of information about food’s impact on the environment,” she said. “I didn’t know anything about it before. I was just loving the animals and didn’t want to eat them.”

That already put Long Kuan outside the norm in China, where eating meat is a sign of prosperity — and for many, the more the better. As more Chinese become more prosperous, that’s put an increasing strain on the environment. 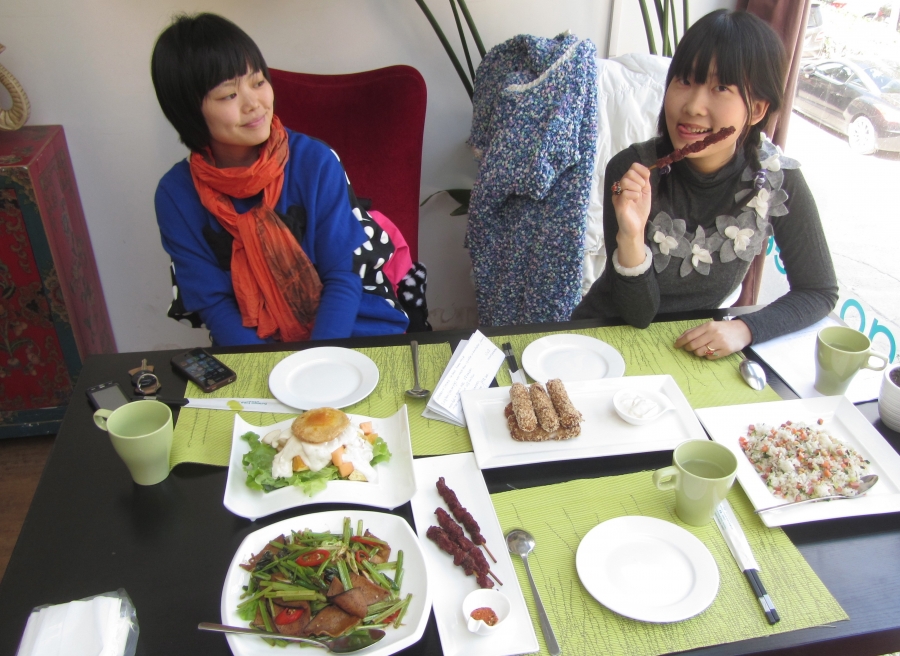 Four years ago, Long Kuan was a pop singer, pixie-faced, in her late 20s, with little pig tails — bringing to mind a Chinese Bjork. A song of hers out at the time, “LOHAS Queen,” was an ode to LOHAS – “lifestyles of health and sustainability.”

She decided to switch from just being vegetarian to being vegan, after reading a United Nations report that said that raising, slaughtering and processing livestock produces more greenhouse gases than cars. And these days, she says, it’s a lot easier to be a vegetarian or vegan in China than it used to be.

“Times have really changed,” Long Kuan said. “Maybe 10 years ago, when I was a vegetarian, a lot of people said, ‘why, are you Buddhist?,’ or something. But now, it’s completely different. The young generation, especially, they love to be eco-friendly, and they love to be compassionate. And they really care about the environment and the quality of life, about pollution ... they really care about fellow creatures on this planet, animals and even trees.”

This is also a generation, in China’s major cities, living with choking pollution and, in multiple ways, recognizing the cost to their health if they don’t help protect the environment. So these days, Long Kuan says, getting even her meat-eating friends to go to a vegan restaurant with her is an easy sell.

“Because after the meal they will feel energetic for the whole day, rather than feel drowsy and heavy, like they do after eating meat,” she said. “And it’s so delicious, as well. The vegan restaurants now are not like 10 years ago, when it used to be tofu and greenies (leaves). But now, it’s everything you can eat. When you look at a menu, you can see everything you can eat from a normal restaurant. There’s fish. There’s steaks. There’s pizza. There’s everything — but it’s all vegan.”

On the menu at Gingko Tree are lamb kebobs with cumin, fish with black bean sauce, a salad, spring rolls and rice — all vegan. Chinese vegetarian cooks have ingenious ways of making tofu taste like meat. And while some purists may feel that defeats the purpose of giving up meat, Long Kuan celebrates having so many different flavors to choose from, with less harm to animals and the planet. 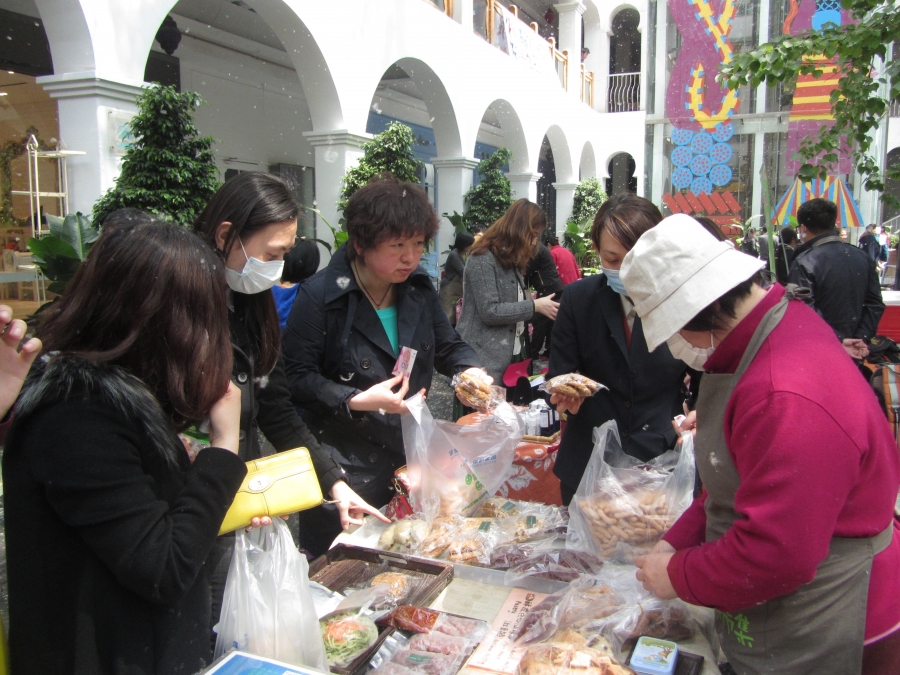 Customers peruse the offerings at the vegan bakery table at a Beijing farmers' market.

A similar impulse is shared at a nearby organic farmers market — packed, on a sunny spring day, with the vegan bakery doing the briskest business. One customer, Huang Wen Si, who works for a conservation group, says she’s buying here for the taste, rather than strictly because it’s vegan.

“A lot of my friends are becoming vegetarian. They just think it’s healthier,” she said.

“I guess it’s healthier,” she said, with a chuckle. “But I like meat.”

And there’s the challenge. Many Chinese just don’t want to give up meat. But the organizer of the farmer’s market, Tian Le Chan, says you don’t have to give up meat entirely to be environmentally responsible.

“You don’t have to be vegetarian,” she said. “But it is important to know where your meat is from, how it is produced. I believe if animals are farmed in a more sustainable way, it actually benefits the environment. The animal manure and waste can actually be used to fertilize the soil.”

That change alone would be an improvement over the chemical fertilizers and pesticides that now pollute China’s groundwater and run off into rivers from the climate-damaging industrial farms that produce a rapidly growing share of China’s meat.

Tian Le Chan says a realistic goal is to try to at least cut down on meat, and Long Kuan agrees that this is a good first step — one that she’s glad to see more people taking.

“Because, once the consciousness changes, everything follows,” Long Kuan said. “The whole atmosphere of a country is changed.”

For now, just 4 or 5 percent of Chinese are thought to be vegetarian. But — that’s still more than 50 million people — a whole lot more vegetarians than there are in the United States, where perhaps as many as 30 or 40 million are vegetarians to some degree or another. Long Kuan thinks China can do better.

“What’s for Lunch” is the latest chapter in “Food for 9 Billion,” a two-year project spearheaded by Homelands Productions and the Center for Investigative Reporting, and additional broadcast partners PBS NewsHour and American Public Media’s Marketplace.