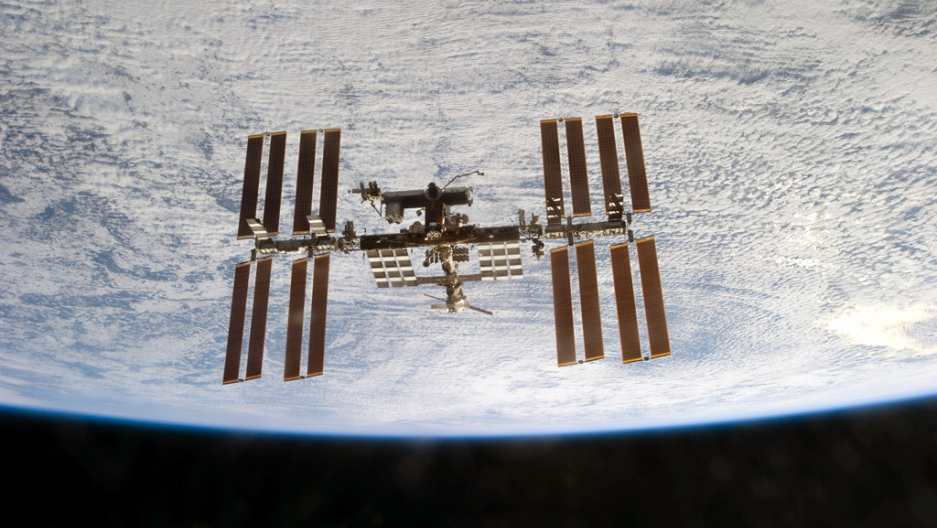 The International Space Station is seen from the space shuttle Discovery as the two orbital spacecraft accomplish their relative separation after an aggregate of 12 astronauts and cosmonauts worked together for over a week during flight day 12 activities March 7, 2011 in Space.
Credit: NASA
Share

Space travel is fun but the little things add up – the astronaut ice-cream at the orbiting hotel café, the moon buggy rides, the anti-radiation jacket.

If the Moon and Mars become tourist destinations as space entrepreneurs like Richard Branson and Elon Musk are hoping they will, travelers will need to be able to pay for stuff there.

Bank transfers won’t work in space and fumbling for coins in zero gravity isn’t so funny after the first few times.

But don’t worry – Internet payment company PayPal, which is owned by Ebay, is on it. The company announced today that it is funding an initiative called PayPal Galactic, to figure out what currency can be used and how commerce should be regulated off Earth.

"Astronauts who live for months in space still need to pay their bills back on Earth and for entertainment while in space," Anuj Nayar, senior director of communications and social media for PayPal, told Fox News. "As we travel through space and explore new planets, we will still need to pay for life on Earth and out there, but how we will do this is not exactly clear."

“It's clear we won't be using cash when we're in space," PayPal president David Marcus told CNNMoney. "We feel it's time now – not next year, not when [space tourism] starts to happen – to start figuring out what this looks like."