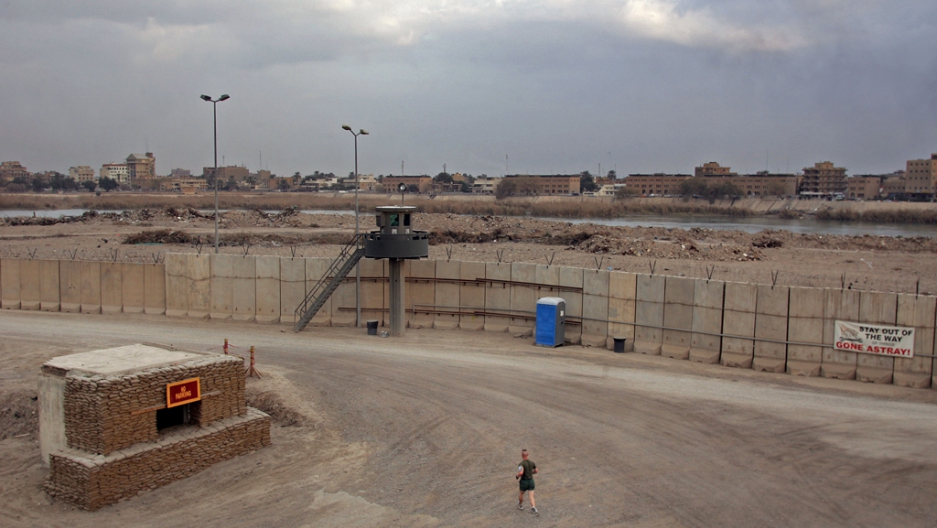 U.S. Marine jogs inside blast walls of the compound of the American Embassy near the Euphrates River February 5, 2007 in Baghdad, Iraq . The platoon of Marines from the Anti-Terrorism Battalion is tasked with defending the exterior of U.S. diplomatic mission against attacks in one of the most dangerous cities in the world.
Credit: John Moore
Share

The US military's highest court has overturned a murder conviction against Camp Pendleton Marine Sgt. Lawrence Hutchins, halfway through his 11-year sentence.

Hutchins, of Plymouth, Massachusetts, was imprisoned six years ago for his role in the killing of an unarmed Iraqi man in 2006 in Hamandiya, west of Baghdad.

He led an eight-man squad accused of kidnapping a retired Iraqi policeman from his home, marching him to a ditch and shooting him to death.

The squad's other members served less than 18 months

However, in what the Associated Press called one of the most significant cases against American troops from the Iraq war, the Court of Appeals for the Armed Forces ruled that Hutchins was improperly denied a lawyer when investigators in Iraq questioned him.

He was put in solitary confinement for seven days and grilled about the killing, according to his lawyer, Babu Kaza, who said:

"At that point he broke and informed NCIS [Naval Criminal Investigative Service] that he would give them what they wanted."

According to the ruling, posted on the court's website, the judges agreed with Hutchins' claim that his constitutional rights were violated.

The decision is seen as a major blow to the military's prosecution of Iraqi war crimes.

The Marine Corps could seek a new trial, or the government refer the case to the Supreme Court.

However, Kaza told the LA Times that Hutchins was expecting to soon be freed from the brig at Miramar Marine Corps Air Station in San Diego.

According to Kaza, Hutchins responded to the ruling by saying:

"I can"t wait to be home with my wife and kids."