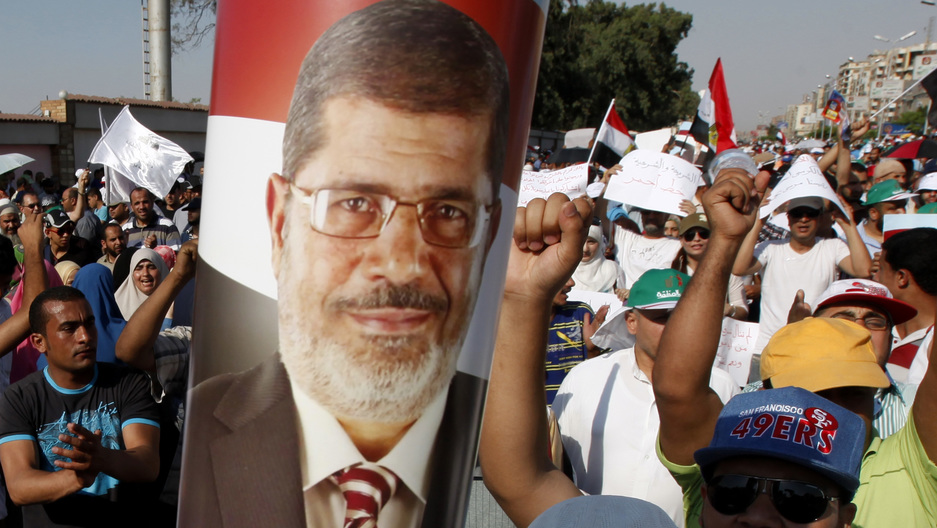 Share
Mohammed Morsi is marking his first year in office. This anniversary however, doesn't come with much celebration. Opposition to the first Islamic government in Egypt say they are dissatisfied with Morsi's leadership. Protests on Wednesday in the northern city of Mansoura left two dead and 170 people injured. There are plans for another major protest on Sunday. Host Carol Hills speaks with Financial Times' Borzou Daragahi who has been following the events in Cairo