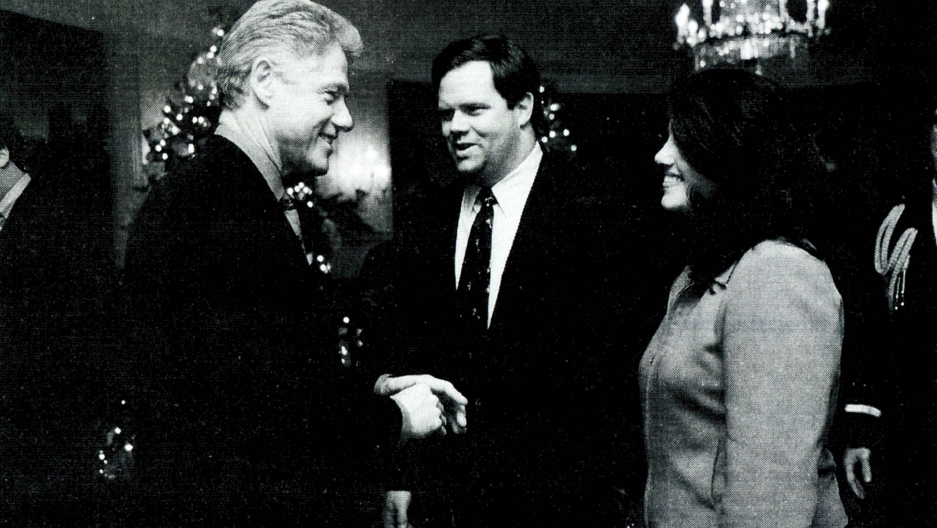 A black negligee that belonged to Monica Lewinsky is among 32 items once owned by the former White House intern that are up for auction in Los Angeles this week.

Other items being sold include a signed letter from then-President Bill Clinton addressed to Lewinsky's other lover at the time, her former high school drama teacher Andy Bleiler, and a letter from Lewinsky to Bleiler that includes the line "am I good at lying through my teeth or what."

The letter from Clinton to Bleiler was written on White House stationery and, at Lewinsky's request, wished Bleiler a happy birthday in February 1996.

The collection of items was submitted by Bleiler to special prosecutor Kenneth Starr at the time of the investigation into the 1990s Clinton-Lewinsky scandal. Lewinsky's affair with the married Bleiler came to light during that same investigation, which led to Clinton's impeachment by the House of Representatives in 1998 on perjury and obstruction of justice charges. He was later acquitted by the Senate and completed his second term as president in 2001.

Bidding for the collection is currently underway on the Nate D. Sanders website and is scheduled to end at 5 p.m. PDT on Thursday. At the time of writing, it had two bids, with the highest at $2,750.