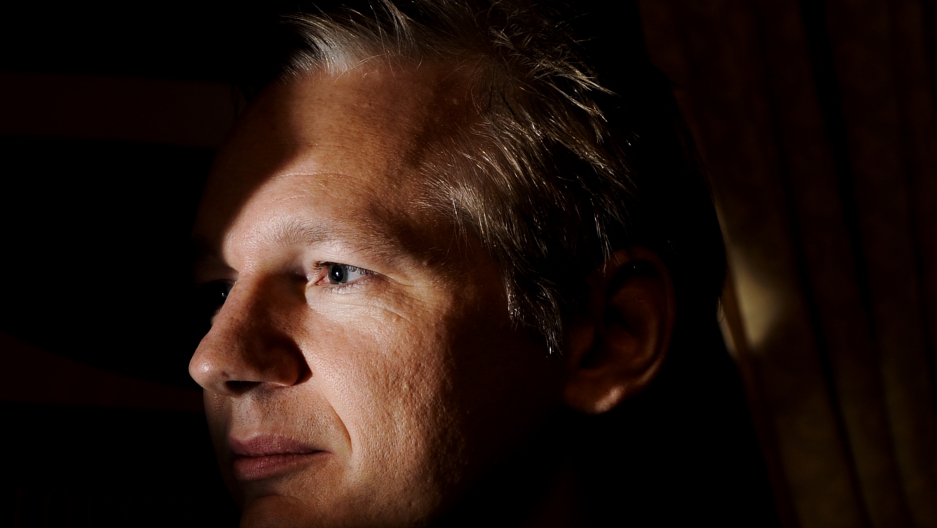 The fugitive WikiLeaks founder, holed up in the Ecuadorean Embassy in London for almost a year, told CNN’s Anderson Cooper: "I would strongly advise him to go to Latin America.”

“Latin America has shown in the past 10 years that it is really pushing forward in human rights. There's a long tradition of asylum."

Assange ought to know. Wanted for questioning over alleged sex crimes in Sweden but fearful of heftier accusations in the United States, he won an asylum bid from Ecuador last June.

Snowden, on the lam presumably in Hong Kong, also faces a lengthy jail sentence after admitting to leaking sensational details of the extent of US government eavesdropping on citizens. The man surely could use all the help he can get.

But just how seriously should Snowden take Assange’s advice?

The first thing to note is that virtually every country in Latin America has an extradition treaty with the United States. As you can see from the map in this GlobalPost story, that is in stark contrast to Africa and Asia.

On that rather elementary basis at least, Assange appears to have flunked Life as an International Fugitive 101 — and Snowden needs to ignore his advice.

Now let’s take a closer look at Assange’s claim that Latin America is “pushing forward in human rights,” in particular freedom of expression — and therefore might be expected to offer Snowden asylum.

Although the governments of many nations in the region have excellent recent records on allowing the media to report whatever stories they wish, such as Mexico, Chile, Colombia or Brazil, they could each be expected to cooperate with Washington should Snowden show up in their jurisdictions.

However, there are other countries in the region with antagonistic relations with the United States — and which presumably were the ones Assange had in mind when offering the benefits of his experience of life on the run to Snowden.

But, to various degrees, the governments in these countries repress independent media. To be precise, these are the countries governed by populist left-wing administrations, most notably Bolivia, Cuba, Nicaragua, Venezuela, Argentina and Ecuador.

Cuba, of course, has not had anything resembling a free or fair election in half a century and only allows state media, such as the newspaper Granma, which provide sycophantic coverage of the regime.

In Argentina, the elected government of Cristina Fernandez de Kirchner has launched what critics describe as an assault on the judiciary and media in an attempt to squash dissenting voices critical of alleged corruption in her inner circle and the country’s increasing economic woes.

Meanwhile, democracy in Venezuela now appears even more in crisis under President Nicolas Maduro than it did under his late predecessor Hugo Chavez.

Maduro’s constant threatening tone toward the opposition may be the least of it. After years of Chavez closing down independent TV and radio stations, his political heir has now overseen the co-opting of Globovision, the last TV channel in Venezuela to provide news coverage that is critical of the government.

That’s right: If you want to see independent, objective TV reporting on the Venezuelan government’s alleged corruption, authoritarian abuses and economic mismanagement, you will have to switch to an international news channel, such as CNN en Español, to do so.

Yet the most egregious current assault on freedom of expression in the Western Hemisphere is widely viewed to be that carried out by Assange’s kind host, Ecuadorean President Rafael Correa.

More GlobalPost analysis: In Ecuador, a quiet war on whistleblowers

Correa’s bullying of his country’s independent media has included everything from lawsuits resulting in jail terms and multimillion-dollar fines to televised tirades against named journalists, whom he routinely refers to with a string of insults including “ink murderers.”

Tax officials and other authorities in Ecuador are also in the habit of raiding the offices of independent media there in a way that the US Internal Revenue Service, even in its darkest hour, would never dream of.

As a result, Correa has earned withering criticism from everyone from Human Rights Watch to Reporters Without Borders and the Committee to Protect Journalists.

Separately, the president has also made a major effort to undermine the Inter-American Human Rights system, although, interestingly, he appears to have overreached recently.

Given Quito’s support for Assange, a similar granting of asylum for Snowden could be in the works were the latter able to navigate a way from Hong Kong to Ecuador — or at least to the South American country’s closest diplomatic compound.

Yet such a scenario appears highly unlikely.

Whether you agree with Snowden’s revelations about the National Security Agency’s PRISM surveillance program or not, the 29-year-old IT expert has come across in his TV interviews as thoughtful, earnest and highly idealistic in his decision to break the law and release some of the government’s most sensitive secrets.

One might therefore draw the conclusion that the last thing Snowden would do now would be to tarnish his legacy by seeking refuge from a government accused of routinely assaulting precisely the kind of freedoms that he claims to defend.