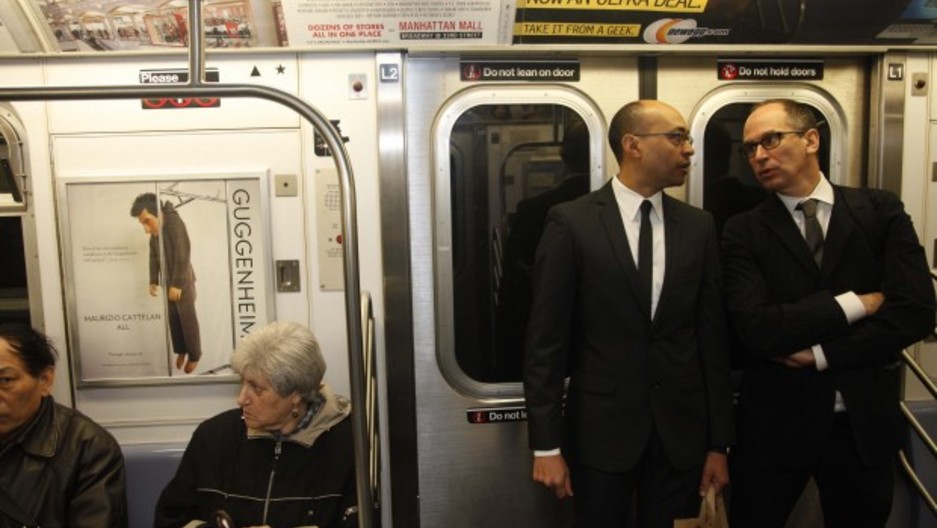 James Oseland and Carlos Daniel dos Santos on their way to city hall in New York City to get married. (Photo: Landon Nordeman)

Daniel dos Santos and James Oseland got married in December of 2011 after dating for years.

Their story has an unlikely beginning. They met on the streets of New York City. Oseland was rushing to get to work. He's a busy guy, the editor and chief of the magazine Saveur and a judge on the Bravo TV Show, Top Chef Masters.

While Dos Santos, a teacher, was just a typical tourist that day on visit from Brazil. And in the chaos of Times Square they bumped into one another.

If not quite love at first sight, then close to it. Dos Santos extended his trip to stay with Oseland and then extended again and then months later he decided that he wanted to stay for good. However, to stay together for good Daniel now lives "in the shadows" as he calls it without a valid visa.

"All of a sudden, I'm living this very public life," says Oseland. I'm the editor and chief of a magazine. I'm the judge on a cooking show. And your life is shrinking because of this shadow."

Daniel and James sat down in their apartment in New York City recently to talk about how Daniel's decision to overstay his visa has affected their relationship and what the Supreme Court decision about the Defense of Marriage Act could mean for their relationship.