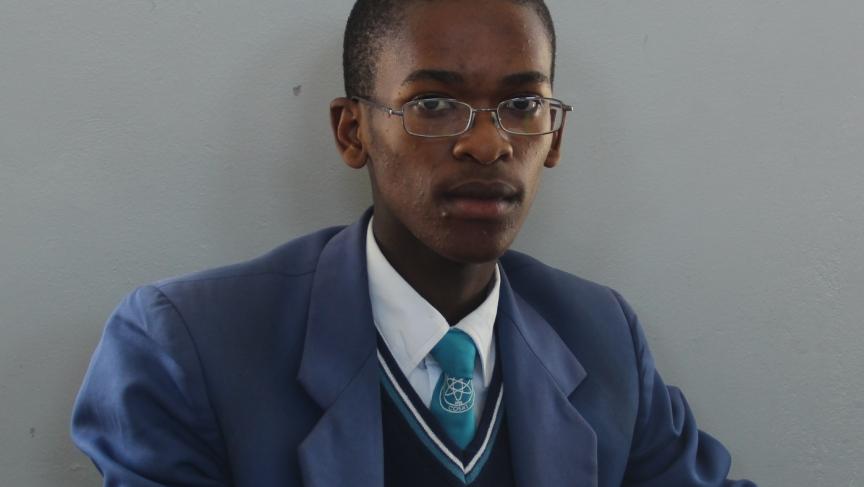 Bayanda, a junior at COSAT, is the deputy chairperson of Equal Education in the Western Cape.

It happened on June 16, 1976, when thousands of students in Soweto – a township outside Johannesburg – walked out of their schools to protest the apartheid government’s requirement that all students be taught in Afrikaans. The march ended abruptly when police opened fire, killing at least 176 people – most of them unarmed school children.

On Monday, South African youth again took to the streets – this time for a different cause. Outside Parliament in Cape Town, hundreds of students gathered, holding signs and dancing. A COSAT junior named Bayanda stepped up to address the crowd.

“The schools in the Eastern Cape are dire,” he said. “I don’t think the Department of Basic Education is realizing the seriousness.”

The gathering was organized by Equal Education, a group that is fighting for equality in South Africa’s public schools. It was founded in Khayelitsha several years ago but has since established chapters throughout the country – and gained significant political power. Most of the members are high school students like Bayanda.

“Schools in rural areas lack classrooms, libraries, textbooks, and toilets,” Bayanda added. He said it’s time for the government to do something about it.

In fact, Equal Education is trying to force the government to do something about it. It has filed a lawsuit against the minister of education, alleging that she is violating the rights of students by depriving them of a good education. The group has arranged for journalists, community organizers, and religious leaders to visit schools in the rural Eastern Cape, to see their appalling conditions. And it has scheduled large protests throughout the country – including the one in Cape Town on Monday. The issue of education equality has stayed in the public eye because of the group’s efforts.

Whether Equal Education’s tactics will create real change remains to be seen. But one thing was clear on Monday: South Africa’s history of student activism is very much alive.

Fortunately, the bullets are no longer flying.