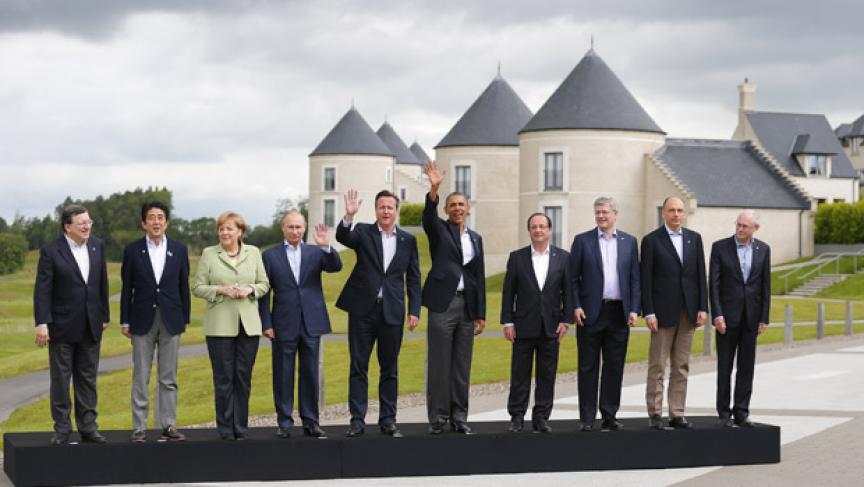 Share
Something's missing in our Geo Quiz this time. The leaders of the Group of 8 nations got together this week in Enniskillen, Northern Ireland. That's the leaders of the US, the UK, Russia, Germany, France, Italy, Canada and Japan. They mostly talked about the war in Syria – though there wasn't much agreement on how to end it. At night, they dined on some local fare: Kilkeel Crab, Northern Irish beef and later, an apple crumble with Irish whiskey custard. But something wasn't there, something that's usually front-and-center at G8 summits. The answer is neckties. This year, for the first time, the G8 leaders went tie-less. Peter York is a British cultural commentator and author, we asked him, how come no ties?