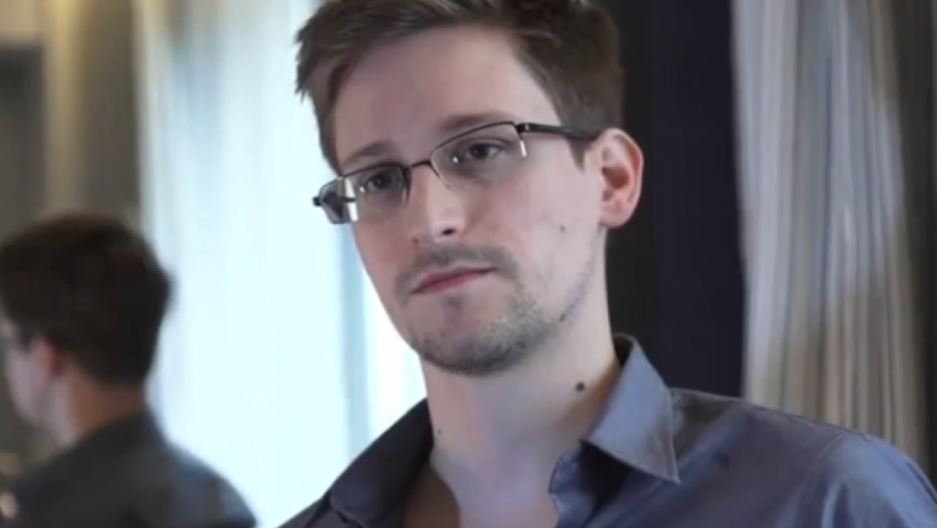 The 29-year-old behind one of the biggest leaks in recent US history began his interview Monday at 11 a.m. EST, answering a couple questions from Glenn Greenwald, the Guardian's security and liberty expert and a transparency purist who helped leak the details of the NSA's communications monitoring.

Questions from the public are also being pulled off of Twitter via the hashtag #AskSnowden.

"All I can say right now is the US government is not going to be able to cover this up by jailing or murdering me," Snowden said Monday. "Truth is coming, and it cannot be stopped."

Snowden denied rumors that he'd been supplying classified US information to the Chinese government, calling the accusations "a knee-jerk 'RED CHINA!' reaction to anything involving Hong Kong or the People's Republic of China intended to distract from the issue of US government misconduct."

"Ask yourself: if I were a Chinese spy, why wouldn't I have flown directly into Beijing? I could be living in a palace petting a phoenix by now," he added.

He also stood by his declaration that he could wiretap "anyone" from his desk.

As for advice he would give others in a position to leak classified information with the aim to improve civil liberties in the US, Snowden responded simply: "This country is worth dying for."

Ewen MacAskill, the paper's Washington bureau chief, also questioned Snowden's decision not to head straight for Iceland, which he has said is his preferred country for asylum.

"There was a distinct possibility I would be interdicted en route, so I had to travel with no advance booking to a country with the cultural and legal framework to allow me to work without being immediately detained," Snowden said. "Hong Kong provided that. Iceland could be pushed harder, quicker, before the public could have a chance to make their feelings known, and I would not put that past the current US administration."

Some questions swirling on Twitter for the 29-year old included:

http://t.co/Qvin1vsXwv #AskSnowden Why he is now revealing details of US spying on China & Russians and how that's in US citizens' interest

My question: How much else do you know that you haven't disclosed? And why? http://t.co/sTjnvKcTv6 #AskSnowden

#AskSnowden Do you agree with the following statement? Anything that compromises democracy must be exposed whatever the consequences.

You can follow the live chat here, and check back for more updates as it unfolds.

More from GlobalPost: Should Snowden take Assange’s advice to head for Latin America?