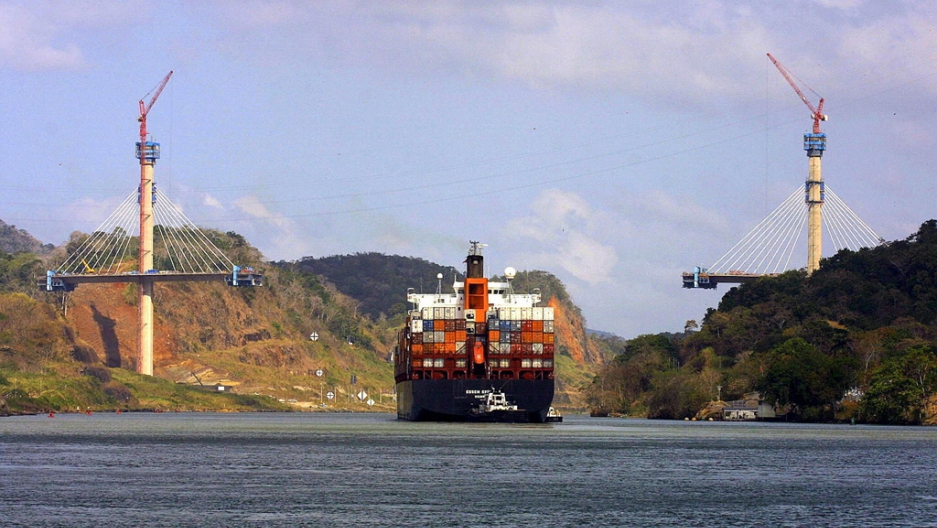 LIMA, Peru — Nicaragua’s lawmakers have approved a multibillion-dollar plan for a little-known Chinese firm to carve a canal between the Pacific and Atlantic oceans that would dwarf the Panama Canal.

The country's National Assembly, which is dominated by supporters of President Daniel Ortega, voted 61-25 to green-light Ortega's offer to Chinese tycoon Wang Jing of a 50-year concession to design, build and operate the project.

The project is estimated to cost $40 billion. It would require digging about 130 miles of waterway and would include plans for a railway, airports, an oil pipeline and two free-trade zones.

Its supporters claim it could capture 4.5 percent of global maritime freight traffic and double the per-capita GDP of Nicaragua, one of the poorest countries in the Western Hemisphere.

But critics complain of a limited chance for the National Assembly to debate the bill, and a lack of transparency and public consultation.

Green and indigenous groups are also concerned about how such a project would harm the Central American country's natural environment and way of life.

The bill went to Nicaragua's congress just before Chinese leader Xi Jinping's Latin America tour — a visit many analysts read as China flexing its muscles in a region where Washington has lost sway in recent years.

A Chinese-run infrastructure project of this size — dwarfing the Panama Canal, once a projection of America's growing power — would leave the world in no doubt of China's newly acquired global reach.

But that's if the project ever takes off. A Nicaraguan transoceanic canal is a dream that's more than a century old. And Latin America has been here before. In February 2011, Colombia struck a deal with China to build a mega "dry canal." That hasn't seen the light of day.

It's also not clear whether China's government would have any direct ties to the Nicaragua project, Time magazine reported, adding that the Nicaragua canal news wasn't referenced in the Asian giant's official media.

Wang is the sole shareholder in the HK Nicaragua Canal Development Investment Co., which he founded last August in Hong Kong with an initial capital of $64,000.

Under the concession, his company would operate the canal for 50 years and then have an option to extend that period for another half-century.

Wang is also the chairman of Chinese telecommunications company Xinwei. Although that company has been highly successful in China, critics point out that Wang lacks the kind of infrastructure experience that would prepare him for something of the size of the proposed canal.

They also question how he proposes to raise the cash and complain that there have been no environmental impact studies and that the proposed route of the canal has yet to be made public.

“Today is a sad day, a day of mourning for our fatherland,” assembly member and former Foreign Minister Victor Hugo Tinoco was quoted as saying in the Spanish paper El Pais.

“This is a law that hands Ortega and his family the possibility of enriching themselves in a fabulous way,” said Tinoco, of the Sandinista Renewal Movement, a democratic offshoot of Ortega’s former leftist rebel party.

But government assembly member Walmaro Gutierrez said: “The Great Canal opens the opportunity to convert ourselves into the heart of regional trade. It is an opportunity to reduce poverty, unemployment and close the social gulfs and inequalities.”