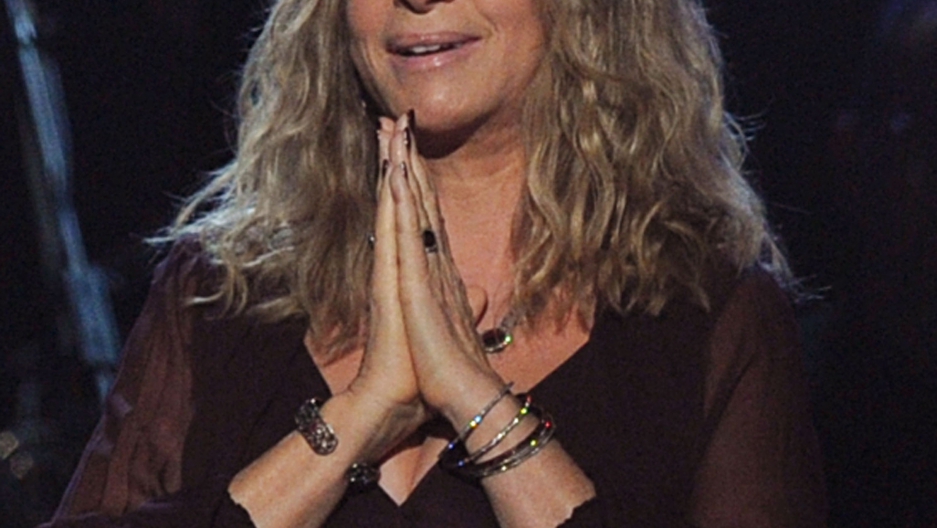 Jewish-American superstar Barbra Streisand has arrived in Israel, where she will receive her doctorate and sing for President Shimon Peres' 90th birthday party on Tuesday, reported the Jerusalem Post.

She arrived Saturday "along with her pet dog," said the Post, and "sporting a white hat," according to Haaretz.

She joins a high-profile list of guests streaming into Jerusalem for Peres' birthday, reported Israel's YnetNews, listing a total of 3,000 people invited, among them Bill Clinton and Robert DeNiro.

During her visit, the beloved singer and actress will also receive an honorary award from Jerusalem's Hebrew University for her "professional achievements, outstanding humanitarianism, leadership in the realm of human and civil rights, and dedication to Israel and the Jewish people," said the Post.

She will also appear at a special meeting with 20 sick children from the Make-A-Wish foundation to see their wish come true — meeting Peres in person.

The two will speak with the children and listen to the song "People,"  a Streisand song, performed by 16-year-old cancer patient Coral.

Streisand, 70, will hold two concerts in Israel after touring five European cities, said Haaretz, one on June 20 and the other on June 22.