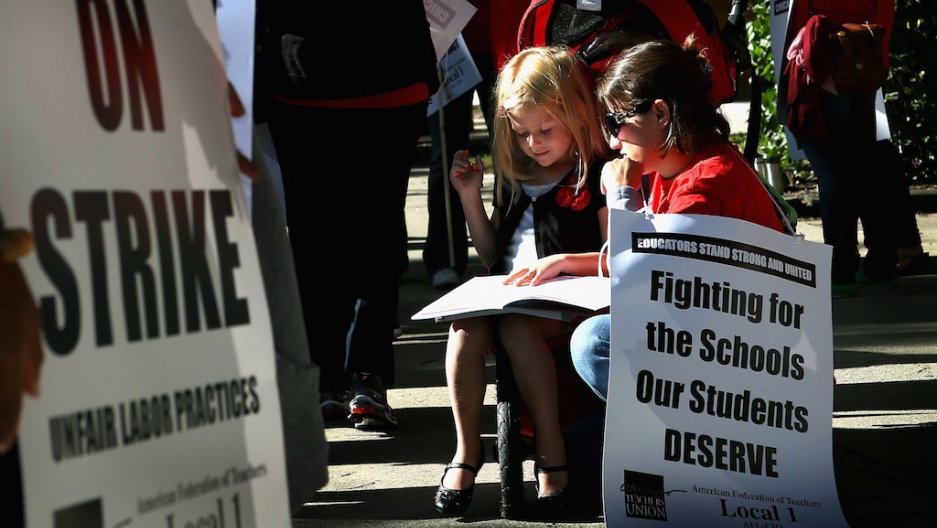 Philadelphia is going to drastic measures to close a $304 million deficit. In March, Pennsylvania’s School Reform Commission voted to close a whopping 23 schools. The move came after the House cut $961 million from the education budget. And by July 1, a total of 3,783 employees of the Philadelphia school system will be unemployed.

So how did the city find the money to invest in a new, $400 million prison complex? That's what many critics are wondering.

Contractors are currently working on the second-most-expensive prison Pennsylvania has ever built, The Philadelphia Inquirer reported.

More from GlobalPost: Philadelphia building collapse: Charges to be filed

For a grand total of $400 million, engineers are renovating a massive, 84-year-old prison to be home to 4,000 offenders.

Philadelphia Mayor Michael Nutter is defending his decision, telling MSNBC that "we need to downsize the system.”

But his comments failed to address the obvious: that many statistics link a lack of education with high prison rates. In 2009, a study found that one in every ten young male high school dropouts is in jail, compared to one in 35 males who graduated high school. And for black male dropouts, a whopping one in four are in jail.

Even more disturbing: in 2009, two Pennsylvania judges admitted to sending teenagers to privately run youth prisons in exchange for more than $2.6 million in bribes from the prison companies. The story was one of the nation's worst juvenile justice scandals, NPR reported.