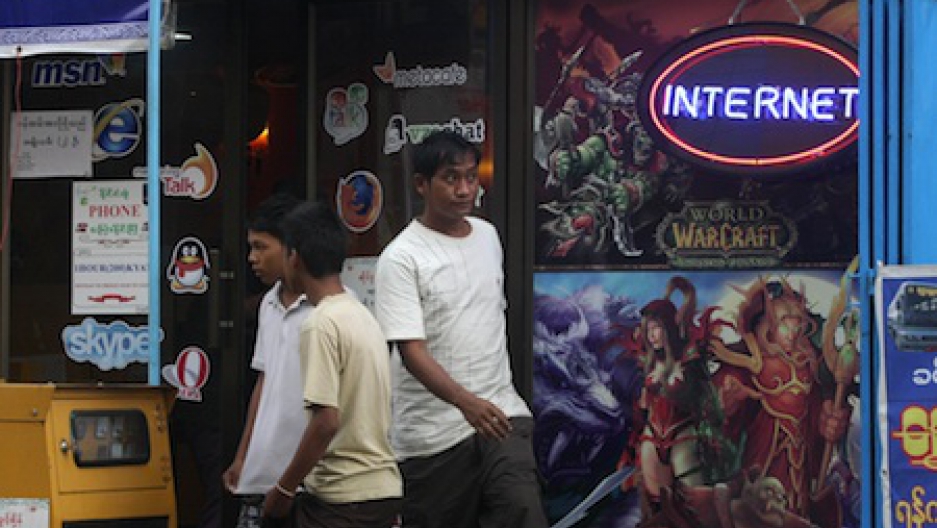 Burma may be one of the last frontiers for mobile phones.

As Burma continues to expand political and economic reforms, mobile providers are scrambling to win their share of the market.

On June 27, the government will auction off two wireless licenses to about a dozen international companies that entered bids earlier this month.

It is believed that fewer than 10 percent of people in Burma - a country of around 50 million people - own a cellphone, making it Asia's largest untapped market for mobile communications.

The government is hoping to increase cellphone usage to 75 to 80 percent by 2016 despite needing about $50 billion in infrastracture to handle the increased load.

Until recently, internet access in Burma cost thousands of dollars due to a government monopoly and mobile phones were also expensive and rare.

The high price meant that the country mostly remained offline and isolated from the rapidly expanding Asian market.

After the internet was set-up in Burma in 2000, the government kept tight control using censorship, which has been signficantly reduced with recent reforms.

Internet cafes have begun to flourish in major cities but home use remains limited.

That said, Burma was still listed as an "Internet enemy" in 2011 by Reporters Without Borders.

The Washington Post said the intense bidding from wireless companies shows just how much outside investors believe in the untapped potential of Burma.