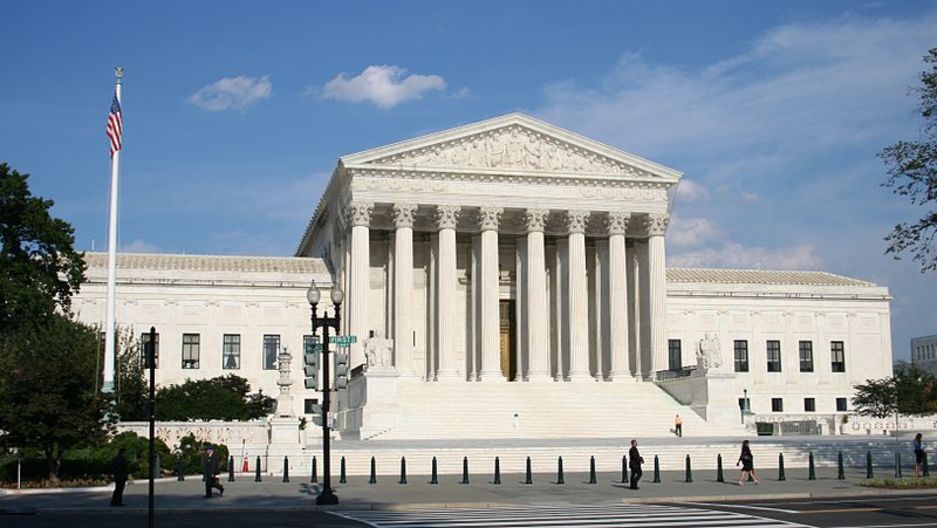 The U.S. Supreme Court on Thursday ruled that natural human genes can't be patented. (Photo by 350z33 via Wikimedia Commons.)

The high court’s unanimous judgment reverses three decades of patent awards by government officials, and has some in the lucrative medical and biotechnology industries concerned about the willingness of business to invest in similar research in the future.

The ruling throws out patents held by Salt Lake City-based Myriad Genetics Inc. on an increasingly popular breast cancer test brought into the public eye recently by actress Angelina Jolie’s revelation that she had a double mastectomy because of one of the genes involved in this case.

Justice Clarence Thomas, who wrote the court’s decision, said Myriad’s assertion — that the DNA it isolated from the body for its proprietary breast and ovarian cancer tests were patentable — had to be dismissed because it violates patent rules.

The court has said that laws of nature, natural phenomena and abstract ideas are not patentable.

“We hold that a naturally occurring DNA segment is a product of nature and not patent eligible merely because it has been isolated,” Thomas said.

The court did rule that synthetically created DNA, known as cDNA, can be patented “because it is not naturally occurring,” Thomas said.

This part of the ruling means that researchers will retain the ability to patent genetic advancements as long as it is a genuine innovation.

Though it may seem rare for the Supreme Court, Emily Bazelon, senior editor for Slate Magazine, said it is common for less visible Supreme Court cases to be decided unanimously.

"It's such a common sense ruling," Bazelon said. "There's just something really strange about the breadth of the patent Myriad Genetics was asserting here. The idea that you can pluck something out of nature, something that's in all of our DNA, and say that one company owns it."

Lisbeth Ceriani, a breast cancer survivor and plantiff in the case, said she was relieved after hearing the decision.

"(It was such a long process that the final decision has been the right decision and our genes are no longer being held hostage by a private company," he said.

Five years ago, Ceriani was diagnosed with breast cancer, and was recommended by her doctor to take the BRCA1 test, the test only Myriad Genetics could administer, per the patent. When Myriad refused to contract with her insurance, Ceriani found herself unable to afford the test.

Now that the patent has been removed, the price of of the test is expected to decrease significantly.