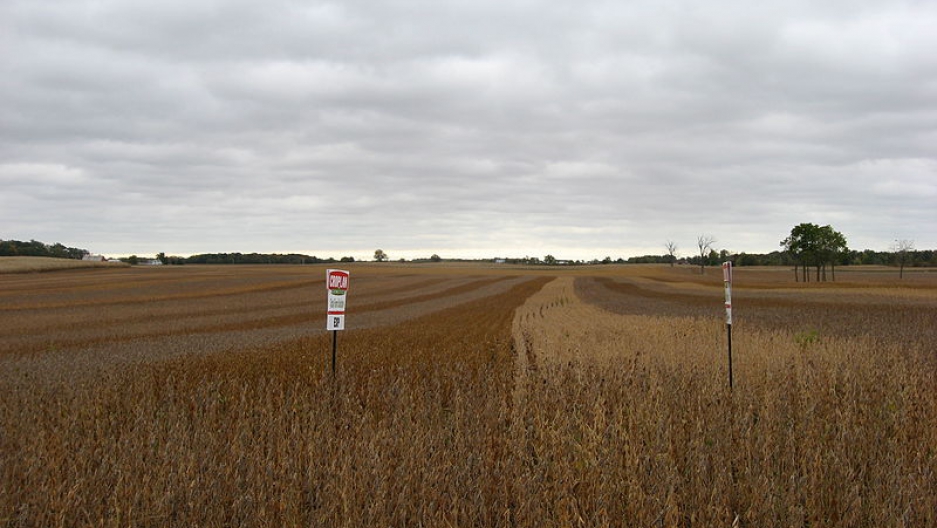 The majority of corn and soy crops grown in the United States have been genetically engineered in a lab to be resistant to herbicides, which is supposed to make life easier for farmers. The biotechnology industry, which profits off those herbicides, insists that genetically modified  crops are perfectly safe for humans to eat. But are they telling the truth?

New research has cast serious doubts on the biotech industry's claims. Pigs fed a diet of genetically modified soy and corn are significantly more likely to suffer from stomach inflammation, a new study has found.

The  study was published in the peer-reviewed Journal of Organic Systems and led by researcher is Judy Carman, an epidemiologist, biochemist and the director of the Institute of Health and Environmental Research in Australia.

"Pigs have a similar digestive system to people, so we need to investigate if people are also getting digestive problems from eating (genetically modified) crops," Carman told Iowa Farmer Today.

The GM crops used in the study had been engineered with traits developed by Monsanto, a leading biotech company.

The study has disturbing implications for humans, because those same GM soy and corn crops also often end up in some processed food that humans eat. Companies in the United States don't even have to label food to indicate that there are GMOs in there, though organizations such as the Consumers Union and the Center for Food Safety have tried to push for labeling.

The biotech industry has predictably critiqued the study. CropLife International, a global organization that represents the industry, told Reuters that there's already plenty of animal studies showing that GM seeds are perfectly healthy.

If that's the case, then why did the researchers conduct this study? Because animal testing often isn't actually required on GM crops before they enter the human food supply. In the abstract, the researchers note that Australian regulators don't require animal studies on GM crops, while the United States has only a voluntary regulatory system. This is a particular concern with crops that are "stacked" to have multiple different new traits, the researchers say.

"Safety studies on stacked crops are less frequent, even though an analysis of official data  (USDA, 2011) indicates that over 37 percent of GM corn varieties currently planted in the USA are stacked with both Ht and Bt traits," the paper says.