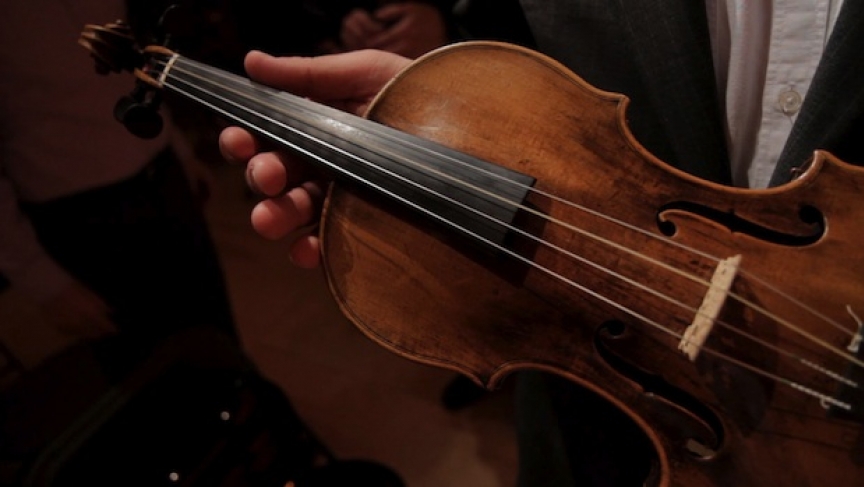 Mozart's violin in the US for the first time ever (Photo: WGBH)

Our Geo Quiz has a classical feel to it.

Back in the 18th century, Mozart wrote a Duo for Violin and Viola in G-major.

What's interesting is that it was recently performed by musicians who played Mozart's own violin and viola. His personal instruments.

"This instrument was found in the possession of Mozart's sister, but she was not an accomplished violinist so she sold the instrument when the father of one of her keyboard students asked for an instrument," says Ulrich Leisinger of the Mozarteum Foundation.

The instruments are treasures that are exhibited at the Mozarteum Foundation in the European city where the musical genius was born.

The city's in Austria near the northern boundary of the Alps about 200 miles west of Vienna.

So can you name this city that's famous for its scenic alpine views and where you can find Mozart's violin?

To see Mozart's violin up close, and to hear it played, is a little like getting inside Mozart's head for a moment, or like stepping into an 18th century musical world.

Usually its exhibited at the Mozarteum Foundation in Salzburg, Austria, the answer to our Geo Quiz.

But this summer, the instrument has come to the US for the first time ever. You can imagine how keen musicians are to have a chance to hear how it sounds.

Ulrich Leisinger, head of research at the Mozarteum Foundation, accompanies the violin wherever it goes.

The World caught up with him in the Fraser Performance Studio at WGBH in Boston to hear about Mozart's violin.