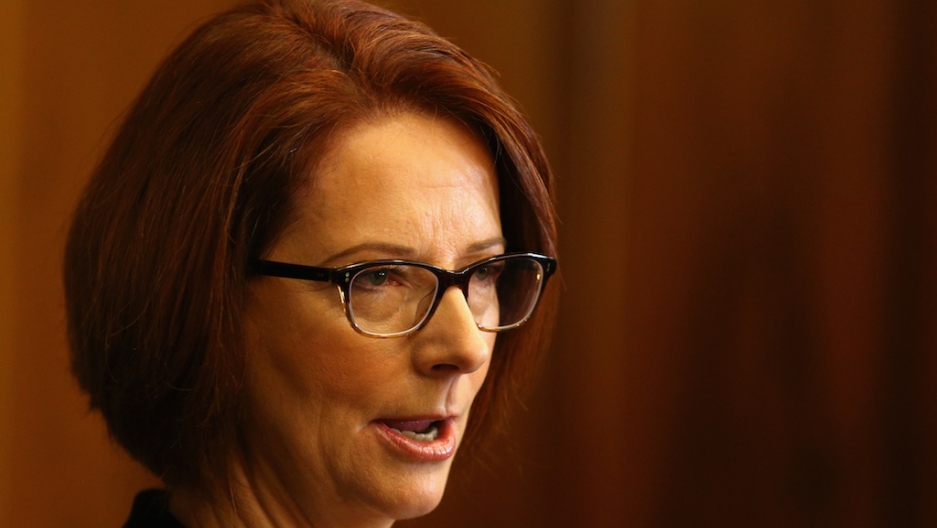 As the saying goes, one should never talk about politics at the dinner table.

But is there a policy concerning how one should talk about dinner at a political fundraiser?

While there may not be a traditional rule book on the latter, one thing is for sure: male chauvinism and quail do not mix.

Australian Prime Minister Julia Gillard on Wednesday accused the Conservative Liberal opposition party of misogynist behavior, after they featured a "grossly sexist and offensive" menu for a party fundraiser held for Mal Brough, a former minister under Prime Minister John Howard and now an opposition candidate for national elections in September.

The mock-menu, intended as an inside joke for opposition attendees, listed a dish called the "Julia Gillard Kentucky Fried Quail: Small Breasts and Huge Thighs and A Big Red Box."

Conservative Liberal opposition leader Tony Abbott quickly condemned the description. But Gillard, whose comments on misogyny last year won her global acclaim, said it demonstrated a "pattern of behavior" within Liberal ranks and called for Abbott to revoke his support for Brough.

"Mr Brough should be disendorsed, that’s what should happen here,” Gillard told reporters in Perth on Wednesday.

"Let’s go through the pattern of behavior. Mr Abbott personally has gone and stood next to signs that described me in a sexist way. We’ve had the Young Liberals hosting a function where jokes were cracked about the death of my father. And now, we have Mr Brough and Mr Hockey at a function with this grossly sexist and offensive menu on display. Join the dots."

Gillard contended that if Abbott were elected prime minister on Sept. 14, as opinion polls suggest is likely, "it wouldn't be a question of what's on fundraising menus, we'd see this lack of respect for women littered throughout all of his government policy documents."

Here's video of Gillard slamming Abbott last year for what she called his "misogyny and sexism":