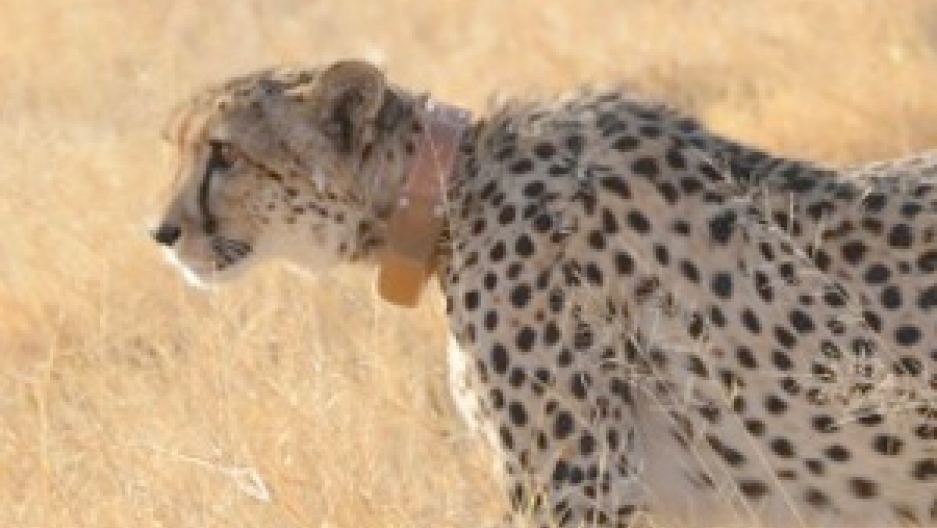 This Geo Quiz does zero to 60 mph in a few seconds.

Greyhounds and horses are fast runners but cheetahs are in a category of their own.

They run faster than any other land animal.

These cats can sprint at 65 miles an hour.

But more impressive, cheetahs can accelerate zero to 60 in about three seconds.

In the interview, you'll hear from a scientist who's trying to map out the biomechanics of a cheetah.

But for our Geo Quiz: We want you to name the country where the wild cheetah study was carried out.

It's a landlocked country in southern Africa and it's one of the most sparsely populated countries in the world. Maybe because 70 percent of this country is covered by the Kalahari Desert.

That should narrow it down.

We know that the fastest four-legged creature on land is the cheetah.

But, what makes cheetahs run so fast? That question has intrigued Alan Wilson for a long time. He specializes in locomotive biomechanics at the Royal Veterninary College in the UK.

But he did his field work in Botswana, in southern Africa, the answer to our Geo Quiz.

Wilson's research on the locomotion dynamics of hunting in cheetahs is published in the journal Nature.

He found that the secret the cheetah's hunting success is its impressive acceleration and ability to change direction very quickly.