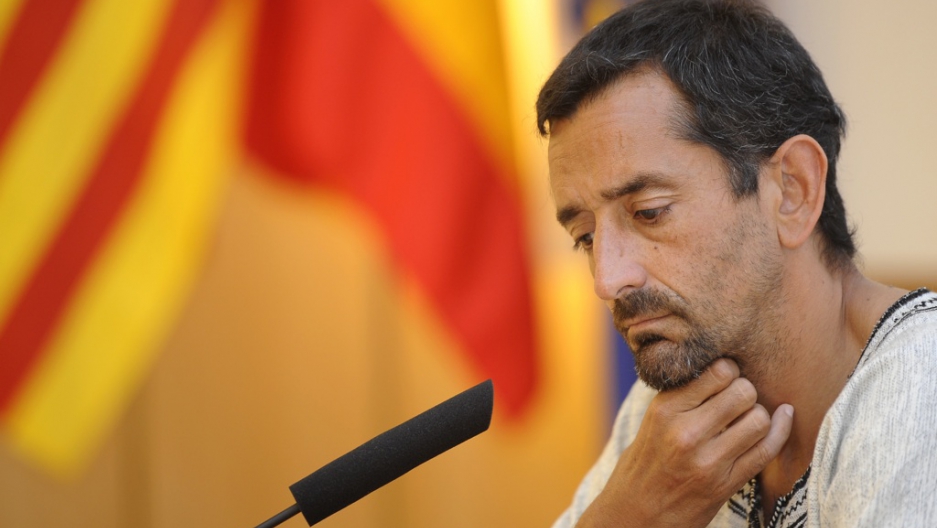 Dr. Pedro Cavadas, the Spanish surgeon who successfully carried out a double-leg transplant on a man who had lost his limbs in an accident, gestures during a press conference at La Fe Hospital in Valencia, on July 12, 2011.
Credit: Jose Jordan
Share

Organ transplants are known as one of medicine's modern miracles. Yet people who receive donated organs must take intense  immunosuppressant drugs for the rest of their lives. Is it worth the side effects? In the case of a man who received the world's first double-leg transplant, it wasn't.

In 2008, Spain's rock star surgeon Pedro Cavadas carried out the first double arm transplant in Spain, and in August 2009 he performed Spain's first face transplant. More recently, in 2011, he helped a man in his 20s who was supposed to never walk again. The patient had lost both legs in a traffic accident and couldn't use prosthetics due to the nature of his injury.

Cavadas fixed that with a ten-hour operation, the world's first double-leg transplant.

All of this surgery gained Cavadas a reputation as a "miracle" surgeon, BBC News reported.

But unfortunately, modern medicine is more complicated than miraculous.

In a statement today, Valencia's Hospital La Fe announced that the double-leg transplant patient had to have his new legs amputated. The reason? He could no longer take the anti-rejection drugs. He had apparently contracted an "unrelated illness," though the hospital wouldn't say what the illness was, that prevented him taking the drugs any longer.

"In these cases the protocol is that, if the transplanted organ is not a vital organ, it should be removed from the patient so as to allow treatment of the illness that is more serious and urgent," the hospital said in a statement.