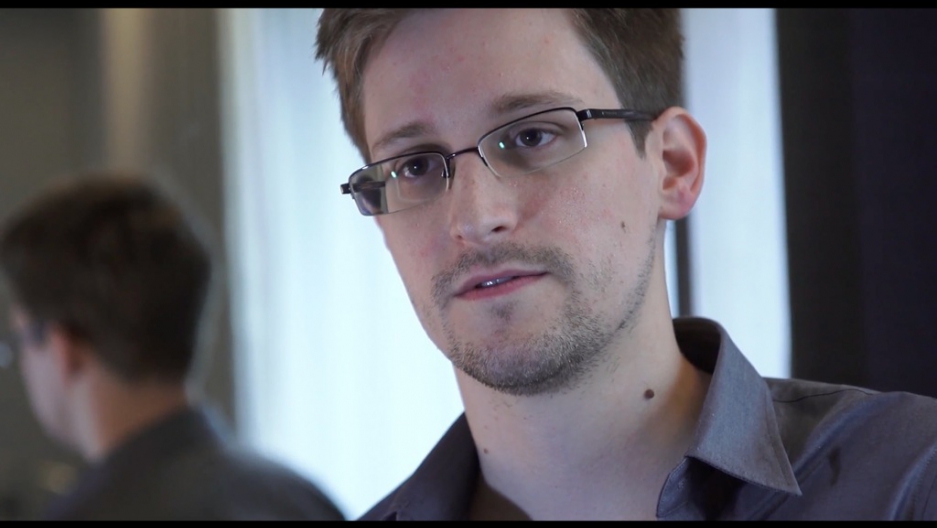 BUZZARDS BAY, Mass. — Edward Snowden’s decision to come forward as the über-leaker behind the latest government abuse scandal has made him into a modern antihero.

A petition demanding that the White House pardon the as yet uncharged Snowden had gathered more than 45,000 signatures by Tuesday morning, just two days after it was posted.

His newfound status as hero-cum-villain aligns him closely with another infamous whistleblower, Pfc. Bradley Manning, who has been incarcerated by the US government under conditions so harsh that a United Nations special rapporteur ruled they could constitute torture.

At the same time, a petition to nominate Manning for the Nobel Peace Prize has now garnered close to 70,000 signatures.

Both men claimed the best of motives for their actions.

Manning insists that he was trying to “spark a domestic debate over the role of the military and our foreign policy in general.”

Snowden told The Guardian’s Glenn Greenwald that his decision to release secret documents sprang from a conviction that he could not “in good conscience allow the US government to destroy privacy, internet freedom and basic liberties for people around the world with this massive surveillance machine they're secretly building."

But while their show of noble self-sacrifice may have elevated them to folk-hero status among many, they face the full wrath of the US government for actions that violated the letter of the law.

Manning, whose trial began one week ago, faces life in prison for “aiding the enemy,” based on his transfer of thousands of classified documents to the WikiLeaks website.

The authorities will almost certainly prosecute Snowden for his leaks on super-secret National Security Agency surveillance programs. The Justice Department has confirmed that it has launched a criminal investigation into “the unauthorized disclosure of classified information by an individual with authorized access.”

Death penalty for a hero?

There are, to be sure, those who sympathize with the government’s position.

“We need to get very, very serious about treason,” former Army Lt. Col. Ralph Peters said on Fox News on Monday. “And, oh by the way, for treason — as in the case of Bradley Manning or Edward Snowden — you bring back the death penalty.”

But such Grinch-like sentiments are fairly scarce, especially in the case of Snowden.

“Earmarks of a real hero,” enthused Beck on Twitter, while Moore dubbed Snowden “hero of the year.”

The whole affair has made President Barack Obama into something of an antihero himself, with erstwhile supporters and detractors randomly swapping places.

“What is this, North Korea?” tweeted screenwriter and producer Judd Apatow, normally a staunch defender of the Obama administration. “We are so inundated with so much info and so many problems — we have given up caring.”

Conservative Sen. Lindsey Graham, on the other hand, who never misses an opportunity to criticize the president, was positively jubilant over the news that the government was taking aggressive action to counter terrorism.

“I’m glad the NSA is trying to find out what the terrorists are up to overseas and in our country,” Graham said Thursday morning on “Fox & Friends.”

The question of whether Snowden and Manning are champions of free speech or traitors to the American way of life is far from academic. The distinction has already led to at least one tragedy.

Take the case of Aaron Swartz, a free-information activist and co-founder of link-sharing site Reddit. He was charged with violation of the Computer Fraud and Abuse Act for his unauthorized download of academic materials from a Massachusetts Institute of Technology server.

Faced with massive fines and the possibility of 35 years in prison, Swartz hanged himself in January, at age 26.

Swartz also became a hero for his actions.

Is Obama rooting for a TV terrorist?

These activists, along with those who support them, have exposed a fault line in the American psyche. The old certainties — the good guys versus bad guys mindset — are giving way to a more nuanced view of the world.

Webster's Dictionary defines antihero as "a protagonist or notable figure who is conspicuously lacking in heroic qualities."

But more and more society celebrates them, which means, as gaming site The Escapist puts it, "blurring the lines between black hats and white hats."

It's exactly in that gray space between good and bad that Americans seem to feel most comfortable these days. Questionable wars, economic misery and a gradual erosion of the American Dream have taken their toll.

Over the past few years, antiheroes have outpaced more conventional supermen in the popular imagination. Even a cursory look at the weekly television lineup is enough to make the casual observer wonder just what is going on in the United States these days.

We root for Dexter, the serial killer with a heart of gold, and Walter White, the mild-mannered high school chemistry teacher turned crystal meth kingpin. We fear exposure of Elizabeth and Peter Jennings, underground Soviet spies working to undermine the decadent West.

But “Dexter,” “Breaking Bad” and “The Americans” are just the tip of the iceberg. Much more interesting in the current debate is “Homeland,” the morally ambiguous drama that Obama once called his favorite TV show.

Some may find it odd that a president who vigorously defends the use of aerial unmanned vehicles to deliver weapons would happily watch a program where the protagonist is a terrorist assassin spurred to action by his objection to the US drone program.

That is exactly the point, say the show’s creators.

Damian Lewis, who plays the antihero, told USA Today that "Homeland" was "a thrilling piece of television with enough excitement to keep people hooked, but asking provocative questions as well about the nature of good and evil."

Executive producer Howard Gordon added that “there is a gray space of not knowing who the good guys and bad guys are.”