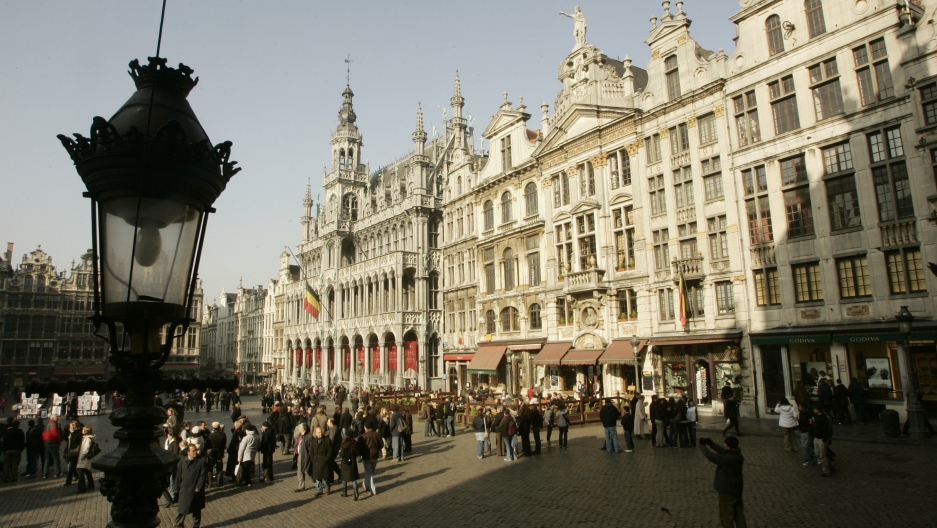 La Grande Place is only part of a city of divided populations.
Credit: Mark Renders
Share

BRUSSELS, Belgium — It should have been a good day for Belgium.

The national soccer team rolled over the USA 4-2 in Cleveland last week, but while sportswriters were tipping the "Red Devils" as potential World Cup contenders, Belgians were seeing scarlet over some less flattering media coverage.

"Belgium gunned down from abroad: why so much hatred?" asked state broadcaster RTBF.

The WSJ blog that inspired the media storm — and a torrent of expletive-laden comments on the paper's website — was nothing more than a tongue-in-cheek take on European Union criticism of the Belgian economy, its author Frances Robinson explained in a follow-up article.

But her piece caught Belgians at a sensitive time.

"Belgium's capital is so ugly and so dirty that the shock of arriving risks knocking people off their feet," wrote Jean Quatremer, who is widely read in Belgium.

Furious local politicians who likened the article to tract by far-right extremists invited Quatremer to go home. The Belgium newspaper DH struck back with a front-page article of its own called "Rotten Paris," illustrated with photographs showing piles of trash and graffiti-strewn walls.

"Sure Brussels has its issues," says Rudi Vervoort, the new president of the Brussels regional government. "We know we have to clean it up, work on urban problems, but he only talked about the negative things and this can be a great place to live and it has world class tourist attractions."

There are undeniably some strange things about the city that likes to call itself the capital of Europe.

It’s the third-richest region in the European Union — behind London and Luxembourg — according to data released in March by the EU's statistics office. At 17.4 percent, however, its unemployment rate is among the highest in Europe outside crisis-wracked Spain and Greece.

A large part of Brussels' wealth comes from the presence of the European Union and NATO headquarters, which have brought thousands of well-paid expat officials to the city and attracted legions of lobbyists, journalists and business executives.

The high unemployment can be put down largely to the complex and contentious relations between Belgium's divided linguistic communities.

Although the city’s population of 1 million is overwhelmingly French-speaking, it is surrounded by the Dutch-speaking region of Flanders and is officially bilingual. Most jobs in the capital require candidates to be fluent in both French and Dutch. Many also demand English.

That shuts out thousands without those language skills. The problem is particularly acute in immigrant communities, where many speak French and Arabic, but few can get by in Dutch and English.

Meanwhile an estimated 300,000 people commute into the city to work every day, mostly from Flanders where language teaching is a traditional strong point.

The commuters’ taxes go to regional governments in Flanders or French-speaking Wallonia to the south. That leaves the capital starved of revenues and forced to rely on the generosity of its reluctant neighbors.

"All those commuters are a cost burden for us in terms of things like public transport, policing, but that's the Belgian system. They pay taxes where they live, not where they work," Vervoort told GlobalPost.

Under an agreement last year, the other regions are scheduled to transfer around $660 million a year to Brussels. But that’s about $400 million short of what's needed, says Vervoort, a Socialist politician who took on the capital's top job last month.

About a third of Brussels' population is made up of foreigners. But there’s little interaction between the well-heeled Eurocrats and Parisian tax-exiles from the leafy suburbs in the south and east, and the mostly Moroccan immigrant communities living in the tightly packed neighborhoods around the inner city.

Shoppers browsing the trendy boutiques along the rue Antoine Dansaert rarely cross the canal to experience the souk-like atmosphere in the Molenbeek district where over half the population is Muslim and youth unemployment runs at 40 percent.

EU officials seldom stroll down the hill from their steel and glass office blocks to the nearby St. Josse neighborhood, Brussels's poorest — a square kilometer housing 25,000 people from 140 nationalities.

The divisions between the high-powered Brussels that aspires to be Europe's federal capital and the city's struggling poor neighborhoods often draw comparisons with Washington, DC. But the jumble of nondescript late 20th-century architecture that makes up Brussels' European Quarter is a sorry reflection of other capitals' elegance.

Despite such destruction, Brussels does have its attractions.

Its central square, the Grand Place, with its towering Gothic town hall and 17th-century guild houses is one of Europe's most beautiful urban spaces. There are islands of charm scattered throughout the city with elegant homes, cool bars, quirky stores and architectural gems. The food is terrific and the beer arguably the world’s best.

However, complaining about the city is a favorite pastime among the expats who chill after work in the Irish pubs, Greek cafes and tapas bars that ring the EU’s headquarters.

They now have a Facebook page dedicated to griping about everything from the rain to the traditional requirement for restaurant, cinema and bar customers to pay extra to use the restrooms, or the traffic — which was recently judged to be the worst in Europe and North America.

More from GlobalPost: Religion in Europe, also in crisis

With serious urban problems and a limited budget to handle them, the city that hosts one of the world's largest concentration of international journalists can expect Brussels-bashing to continue.

Still, Vervoort says there is one fact that belies the bad press.

"Thirty percent of the foreigners working at the EU end up staying here when they retire," he said. "The majority who are happy here don't spend all their time complaining on Facebook. They vote with their feet."