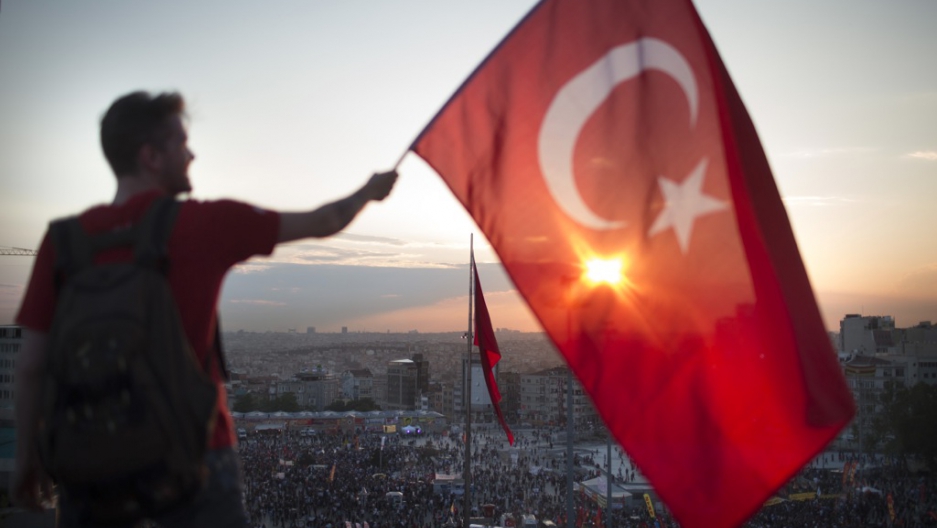 A protestor waves the Turkish flag from a roof top at Taksim square on June 3, 2013 in Istanbul, Turkey. The protests began initially over the fate of Taksim Gezi Park, one of the last significant green spaces in the center of the city.
Credit: URIEL SINAI
Share

The Gezi Park protests began in opposition to the planned demolition of the Istanbul park, but soon became the platform for a massive anti-government rally seen as a widespread rebuff to Erdogan's leadership.

The rally sparked similar protests throughout the country. Erdogan has blamed foreign elements for the unrest.

Speaking after a cabinet meeting in Ankara, Arinc told journalists that further demonstrations, which he described as "illegal," would no "longer be allowed" in the country.

According to Reuters, it was the protesters who suggested the talks. "They asked to meet the prime minister and he agreed to meet with the organizers," Arinc was quoted as saying.