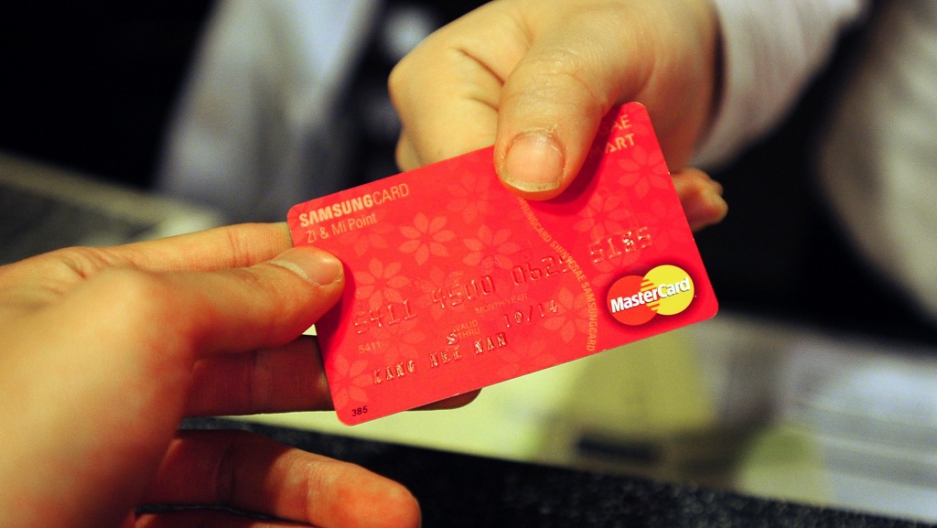 Of the 400,000 credit cards listed on the hackers' database, the Bank of Israel estimates only 15,000 were valid.
Credit: Park Ji-Hwan
Share

SEOUL, South Korea — South Koreans officially use the most plastic, according to the latest figures on global credit card purchases.

In comparison, the average Canadian used their credit card 89.6 times that year, the average American 77.9 times, and Australians 74.4 times.

It's specifically credit cards rather than debit or prepaid cards that South Koreans use most. When transactions for all three types of cards are combined, South Korea ranks only fifth while the US tops the list.

More from GlobalPost: South Korea in the red

South Korea's reliance on plastic has already earned the country the nickname the "Republic of Plastic Cards." The trend dates back to the Asian financial crisis of the late 1990s, after which the South Korean government sought to boost domestic spending by encouraging consumers to buy on credit.

Since then, the credit push has become cultural. South Korea is a high-pressure society where citizens often feel they must buy expensive handbags, cars, an apartment and the best college degrees to be accepted. Often, these are necessities for landing a lucrative job and networking with the right circles.

Yet wages remain low by the standards of most developed countries, and youth unemployment is high. In a country where the minimum wage is equivalent to $4.31 an hour, often there's no other choice but to use a credit card, or take out a loan with abysmally high interest rates, to join the ranks of those living the Korean dream.

The result is one of the highest household debt rates of any country in the world: in 2012, it stood at 152.3 percent of disposable income. As of September, total household debt came to $888.8 billion, equivalent to three-quarters of the South Korean economy.