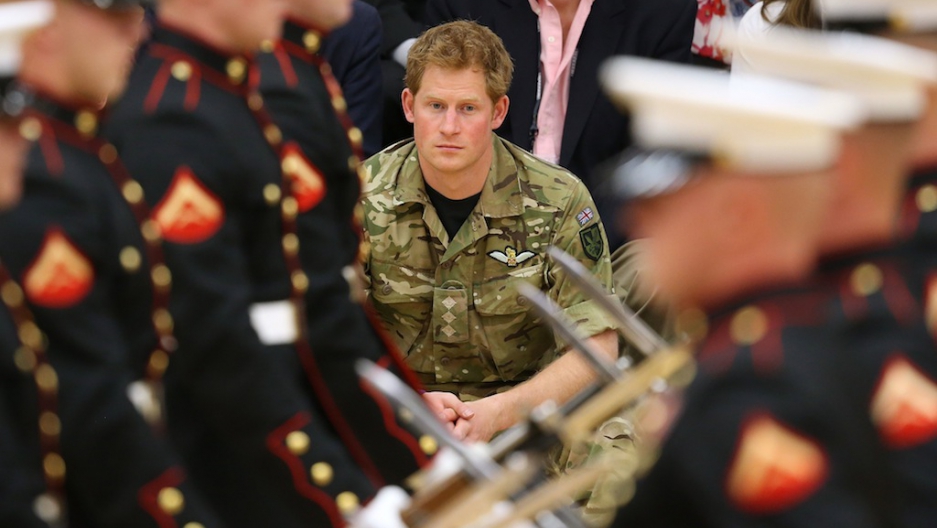 Prince Harry attends the Opening Ceremony of the Warrior Games during the third day of his visit to the United States on May 11, 2013 in Colorado Springs, Colorado.
Credit: Chris Jackson
Share

In his memoir entitled, "Out in the Army" British soldier James Wharton recounted his experience in the military from basic training to the front lines, where boozing and brawling accompanied the dangerous trials of life in the army.

Wharton's biggest challenge, however, was being gay in the military, and his personal account documented how he found the courage to share that part of himself with his family, friends and, perhaps most pertinently, his fellow soldiers.

The British royal was Wharton's tank commander while the two were stationed in Canada for a training exercise in September 2008, and Wharton recounted how Harry confronted six soldiers who had threatened to "batter" Wharton for being gay.

I climbed into the turret and talked Harry through exactly what had happened. He had a complete look of bewilderment on his face. I didn't hold back, I told him everything that had gone on. I couldn't stop the tears from welling up in my eyes.

According to Wharton, upon hearing the account, Harry took swift action, saying, "Right. I'm going to sort this sh*t out once and for all."

The young royal was reportedly able to smooth out the situation in swift fashion.

Harry climbed out of the tank and started having a go. I worried he was about to make the whole thing worse, but he wasn’t holding back. Prince Harry was sticking up for me and putting a stop to the trouble. I had been on track for a battering and had been rescued.

The young royal has since received widespread praise for his actions. Shadow Defence Secretary Jim Murphy said, "The whole country will applaud Prince Harry. Our forces should reflect the modern-day Britain they fight so hard to defend."

Wharton, for his part, said he will always be grateful toward the prince and won't ever forget what happened. Wharton quit the military last year.

Here's Wharton's contribution to the "It Gets Better" campaign from 2009: