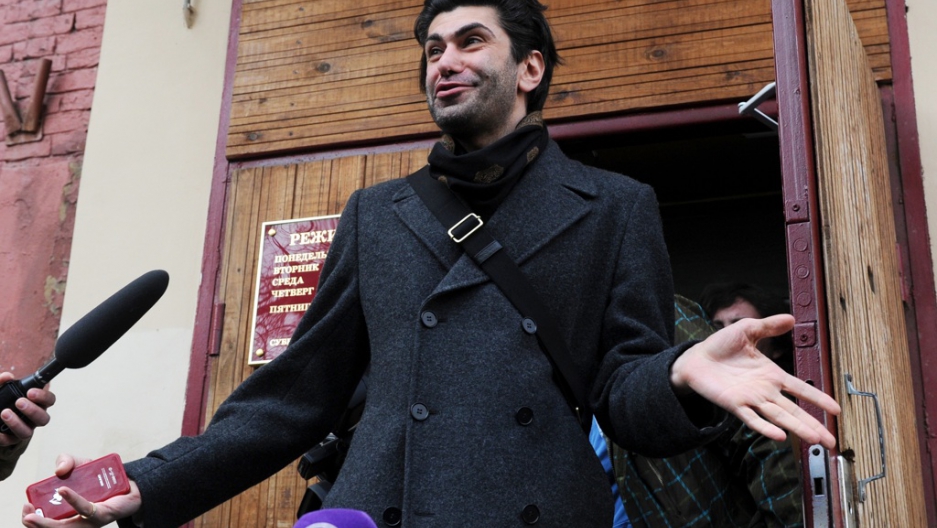 A star dancer at the Bolshoi ballet Nikolai Tsiskaridze leaves a court building in Moscow on April 12, 2013. A Moscow court hears a complaint from Tsiskaridze, who alleges being unfairly treated by the company which blamed him over the acid attack on the troupe's artistic director.
Credit: ANDREY SMIRNOV
Share

Russia's Bolshoi Theatre has enough crazy drama going on behind the scenes to rival the plot of an opera.

In the latest development, star dancer Nikolai Tsiskaridze has been told that he must leave his job by the end of the month. He leaves after Bolshoi director Anatoly Iksanov accused him of being involved in an acid attack that left artistic director Sergei Filin disfigured.  Tsiskaridze denied those accusations, and in fact another dancer had already confessed to the attack in March.

Tsiskaridze has been a huge star at the Bolshoi since 1992. Apparently not a fan of modesty, he told Reuters in a text message: "This is hounding of the sole and most famous artist of the Bolshoi Theatre."

But Tsiskaridze's tensions with the company date far before the acid attack. For years, theatre management thought of him as a "trouble maker and a threat," the Guardian reported. Tsiskaridze had built up a big, populist fan base of more regular people and less ballet snobs. He often expressed desire to run the company himself. After Filin was named artistic director instead in 2011, Tsiskaridze began a campaign to oust him.

So it is perhaps understandable that people would be pointing the finger at Tsiskaridze initially after the Filin acid attack. In January, Tsiskaridze was questioned by police and Bolshoi staff. Yet it was dancer Pavel Dmitrichenko who confessed to masterminding the attack a few months later.

Tsiskaridze also got in trouble with the theatre for giving the media "unauthorized" interviews about the attack, BBC News reported. It was then that Bolshoi director Anatoly Iksanov suggested that Tsiskaridze had some sort of role in the attack, accusations that the dancer describes as a "with hunt" against him.