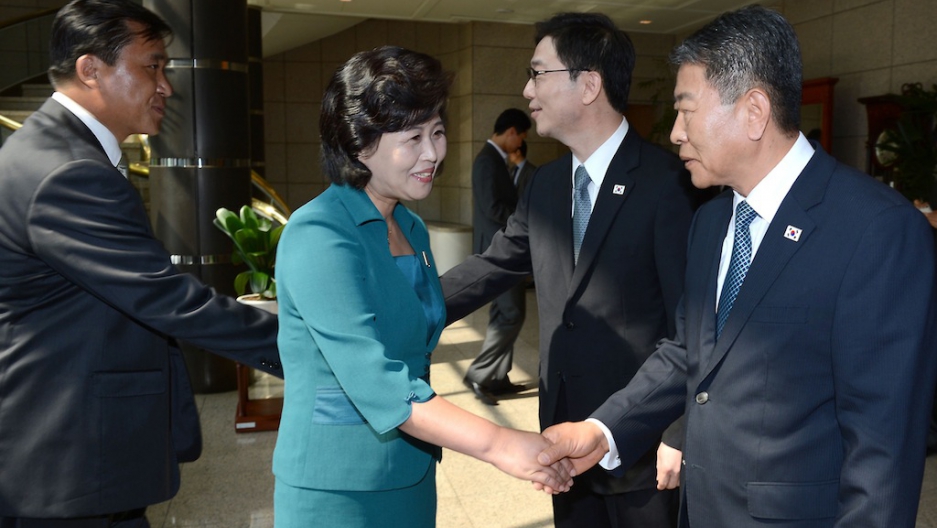 Officials from North and South Korea met at their border on Sunday to arrange minister-level talks later in the week — the first such dialogue between the neighbors in years.

Preliminary talks were held in the demilitarized border zone between the two nations known as Panmunjom, at the "Freedom House" on the South Korean side. The unassuming structure is where the truce that put an end to the Korean War was signed in the 1950s, and has become the standard meeting place for representatives from North and South.

"The two sides shared the understanding in regards to the ministers' meeting," the South's Unification Ministry spokesman Kim Hyung Suk told Yonhap. Cabinet ministers from the two countries are expected to meet each other on Wednesday, for talks focused on reopening the closed Kaesong industrial zone that North and South jointly operated until Pyongyang pulled out its workers in April.

The decision to come to the table signifies that both sides are relaxing their stances after spending February and April slinging war threats at each other. Both the South Korean and North Korean government see that they'll benefit economically and politically from reopening the Kaesong zone — it's a cash cow for the North, and looks good for the Southern president.

On top of the Kaesong issue, President Park Geun Hye promised to build a better relationship through the North, implementing a policy she called Trustpolitik in her December election campaign. South Korea's first female president already suffers from average approval ratings, although the North Korea issue gave her a boost through several administration scandals and a parliamentary deadlock during her first 100 days in office.

The South Korean government has little choice but to go to the table, even if it sees minimal economic interest in working with the North.

Negotiations may prove lengthy. One South Korean source told Yonhap that "several more meetings may be needed for an agreement is finally ironed out."